Home » News » D.K. Shivakumar to patch up with Jarkiholi brothers 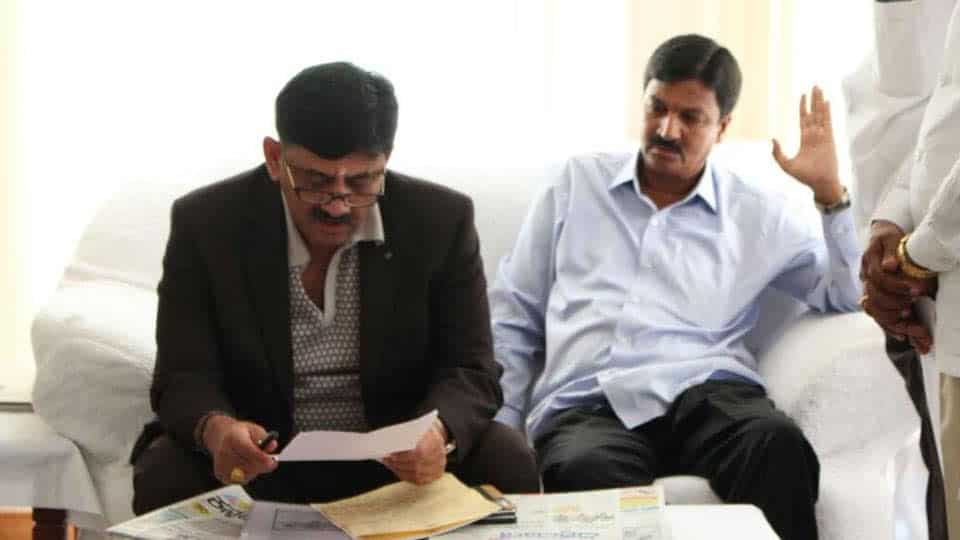 D.K. Shivakumar to patch up with Jarkiholi brothers

Bengaluru: Fearing that meddling in Belagavi politics may rock the ruling JD(S)-Coalition Government, Congress Strongman and Energy Minister D.K. Shivakumar is said to be making moves to patch up with Jarkiholi brothers, who have considerable hold in Belagavi district politics.

The Jarkiholi brothers —  Ramesh, who is Minister for Small Scale Industries in the coalition Government and MLA Satish are said to be severely upset over Energy Minister D.K. Shivakumar’s alleged meddling in Belagavi politics.

The Jarkiholi brothers are also angry with Shivakumar for one more reason that the Energy Minister is reportedly backing MLA Lakshmi Hebbalkar, who also hails from Belagavi district.

Learning that Ramesh Jarkiholi and Satish Jarkiholi may revolt and try to pull down the coalition Government, Shivakumar is said to have opened the channel for talks by sending his younger brother D.K. Suresh, an MP, to the residence of Minister Ramesh Jarkiholi. During the meeting, Suresh is said to have told Ramesh that Shivakumar was not meddling in Belagavi politics and any differences could be sorted out by talks.

Suresh is also said to have appealed the Jarkiholi brothers not to take a hasty decision and bring down the coalition Government, as this would pave the way for the BJP to gain control of the State with Lok Sabha polls just a few months away.