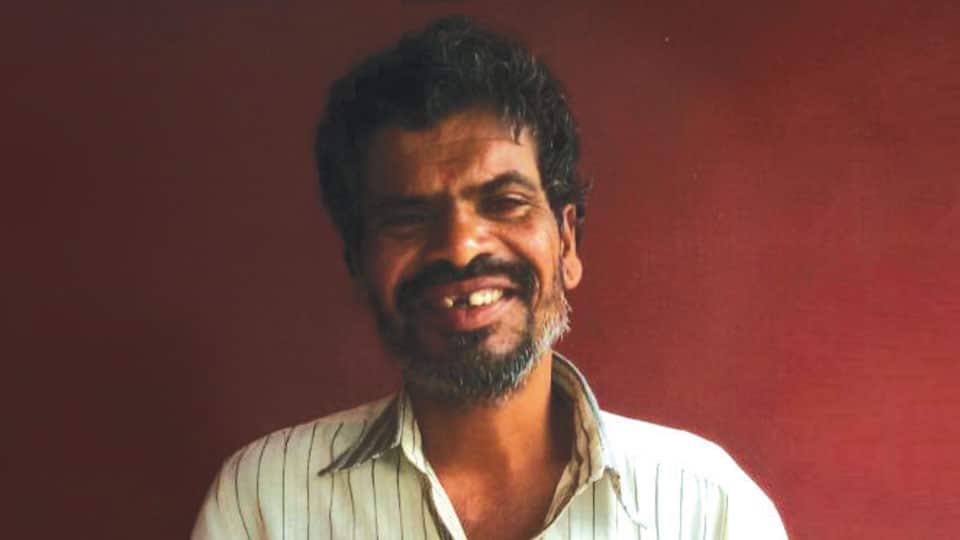 Nanjangud: A daily wage labourer was mistaken to be a thief and was beaten to death near a village in Nanjangud in the wee hours of today.

The victim was tied to an electric pole and was assaulted. The Police are now booking the family and other assaulters under murder case.

According to the Police, the incident came to light at 4.30 am at Korehundi village between Nanjangud Industrial Area and Nanjangud town. The victim has been identified as 35-year-old Ramesha alias Kothi Ramesha, who is a daily wage labourer, who used to do odd jobs like painting and cleaning.

Ramesha hailed from Badanavalu village and had settled at Neelakantanagar. His wife had eloped with her paramour sometime back and Ramesha was leading a life of a vagabond where his whereabouts were not known even to his relatives.

Today at around 3.30 am, he entered the outhouse of one Chandrashekar, son of Mahadeva at Korehundi and locked himself inside. Chandrashekar, who heard some sound inside the outhouse, came out and realised that there was an intruder. Immediately, he alerted his family members who in turn called a few neighbours.

They gathered in front of the outhouse and called out Ramesha who refused to open the door. Finally, the people gathered outside assured him that no harm will be done and Ramesha eventually came out and he was questioned about his whereabouts.

Police said that Ramesha was giving inconsistent statements which enraged the villagers who accused him of being a thief. Chandrashekar alleged that Ramesha had come to rob his house and led the assault. Ramesha was dragged and tied to an electric pole and was beaten up by the group that had a couple of men.

Unable to bear the assault, Ramesha died at around 4.30 am. Nanjangud Police was informed and the villagers told the Police that the death was an accident due to mistaken identity. Circle Inspector Gopalakrishna, Additional SP N. Rudramuni, Assistant SP Mohammad Sujeetha visited the spot.

Gopalakrishna told Star of Mysore that a case of murder will be registered against Chandrashekar and his accomplices based on the complaint given by Ramesha’s relatives.