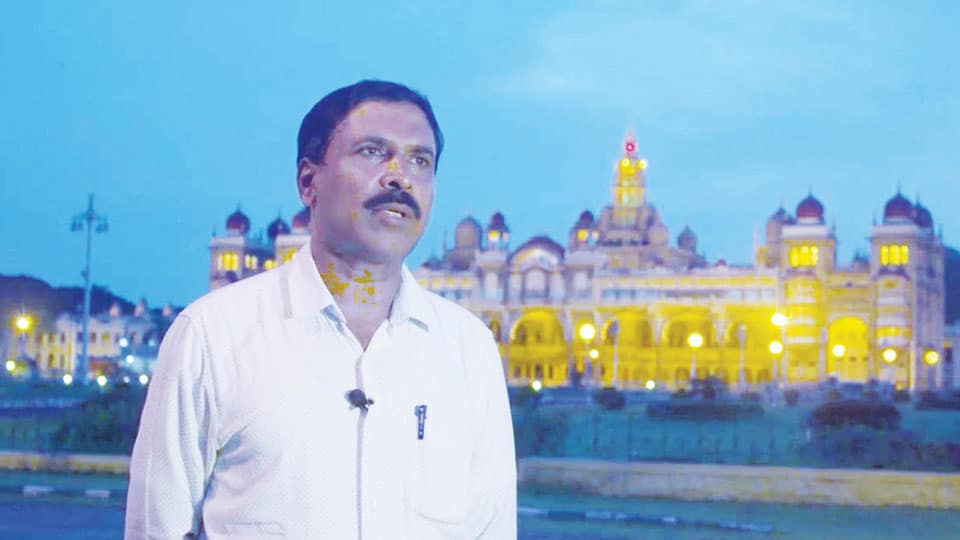 Speaking on the topic ‘Dasara elephants in Palace’ at the 9th webinar of the series of webinars titled ‘Mysuru Dasara Aanegalu’ organised by Forest Department, in association with Asian Elephant Support (AES), he said the elephants are selected every year by visiting  various camps.

Dr. Nagaraj said the first batch of Dasara elephants which are brought to the Palace comprises four male and two female and the second batch consists of six elephants. Though, one elephant will carry the 750 kg-weighing Golden Howdah, two other jumbos are also trained in this task as precaution. Preparations for ‘Gajapayana’ will begin in June or July such as calling tender for the construction of sheds to house the mahouts, kavadis and their family members. The priest of Kodi Someshwara Temple will fix an auspicious time for the ‘Gajapayana’.

“Compared to female elephants, male elephants are given more nutritious food and the quantity is decided on the weight of each jumbo. Plenty of vegetables and butter are given to them. After breakfast at 6 am, they are fed with adequate quantity of water and then taken for rehearsal. Till one week, no weight will be placed on them. They will be made to walk for five km from the Palace premises till Bannimantap Torchlight Parade Grounds to acclimatise the jumbos to the sound of vehicles, honking of horns and the crowd,” Dr. Nagaraj said.

Dr. Nagaraj informed that  since the jumbos are used living in forests, they should not get frightened after seeing the illuminated Palace.

Most importantly, utmost care is taken during firing of canons to give 21-gun salute to the Goddess Chamundeshwari idol placed inside the Golden Howdah on the Jumboo Savari day. They are taken near a spot where the canons are fired to get them used to the booming sound.

On Vijayadashami Day, food such as puffed rice, jaggery and glucose are stocked at five points along the procession route for the elephants. Emergency medicines and tranquilliser are kept ready and four teams of veterinary and Forest personnel are deployed at four points as precaution.