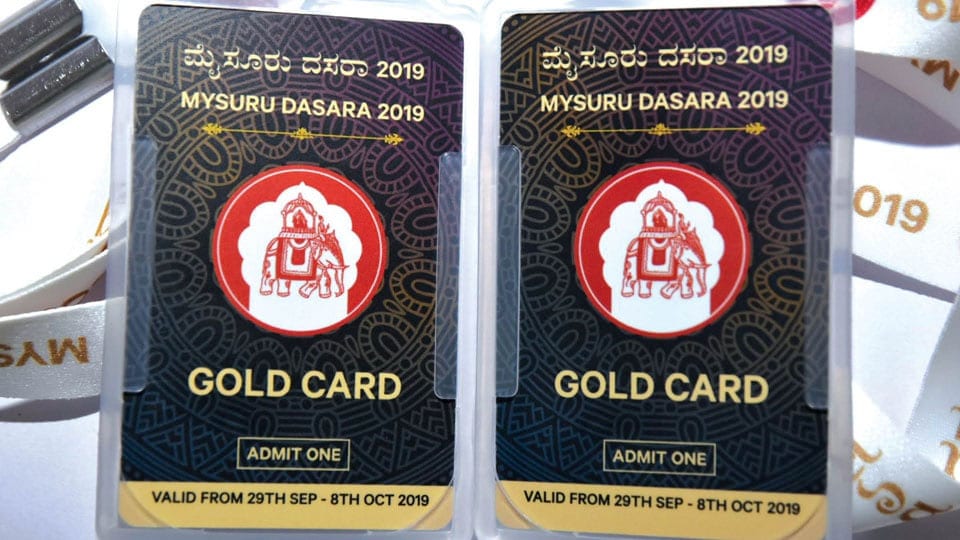 Bengaluru: Following the State Government’s decision to celebrate Dasara in a grand manner this year after two years of scaled-down festivities, the Karnataka State Tourism Development Corporation (KSTDC) has sent a proposal to the Government to launch Dasara Golden Pass enabling tourists to view Jumboo Savari and also travel to other tourist destinations like Melukote, Chikkamagalur, Kodagu, Belur and Halebeedu.

This Golden Pass will, however, be different from the Dasara Gold Cards which is a premium pass providing hassle-free entry to all places of tourist interest within Mysuru.

Speaking to Star of Mysore, KSTDC Managing Director G. Jagadeesha said that the aim of the Golden Pass is to take tourists beyond Mysuru and direct them to other places of tourist interest. “We want to make the most of a grand Dasara this time and we are planning to attract domestic and international tourists to theme-based package tours to other tourist destinations in Karnataka,” he said.

KSTDC has sent the proposal to launch 1,000 Golden Pass. “We are planning day packages and longer package tours with the Golden Pass and each pass would be charged Rs. 5,000. The package tours will begin in Mysuru and after witnessing the Jumboo Savari, tourists can proceed to other places in KSTDC buses,” Jagadeesha added.

Mysuru Dasara and its attractions were promoted at the three-day India International Travel Mart that began in Bengaluru yesterday. On the occasion, e-brochure services were also launched where tourists can scan QR codes for details of hotels and services and book instantly.

Over 200 participants from various travel and trade organisations and tourism boards are attending the event and the Tourism Department is marketing Dasara for widespread reach. Tourism Departments from 20 States and six international destinations including Singapore, Malaysia, Dubai, Thailand, Maldives and Nepal are selling holiday packages at the Mart.