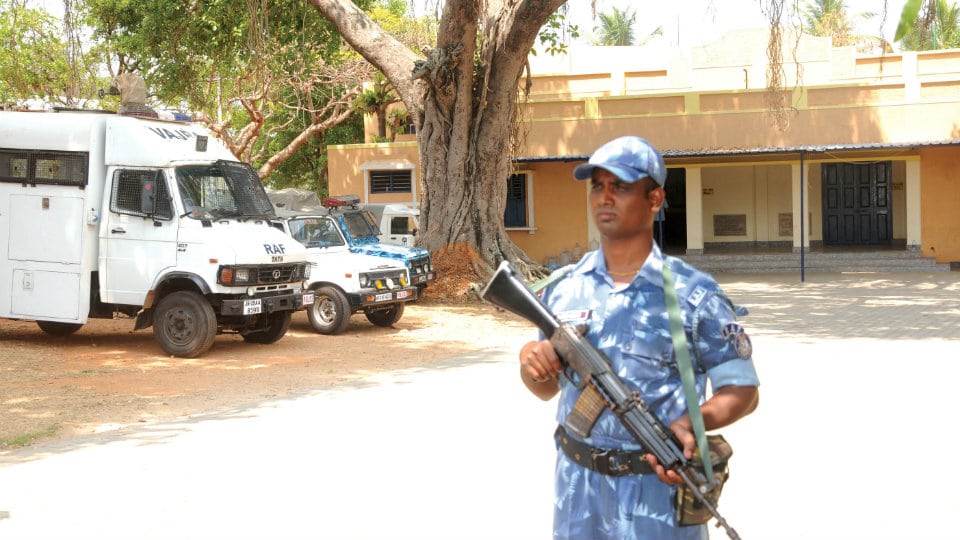 Mysuru:  The first batch of additional Police force from different parts of the State will arrive in city for Dasara security during the first week of October.

The Department has decided to submit another fresh proposal regarding the final requirement of Police personnel for Dasara security  after reviewing the Dasara preparations.

The Police Commissioner has discussed the deployment of additional Police force in the wake of huge number of tourist inflow to the city for Dasara festivities, he said.

The Department has taken measures to accommodate them at hostels, colleges and educational institutions, community halls located at Mandi Mohalla, Lashkar Mohalla, V.V. Mohalla, Hebbal, Vijayanagar and other areas in city.

Food arrangements have also been made for them. Police Inspectors of various Stations have already identified the location to facilitate the stay of Police personnel in their limits, he said.