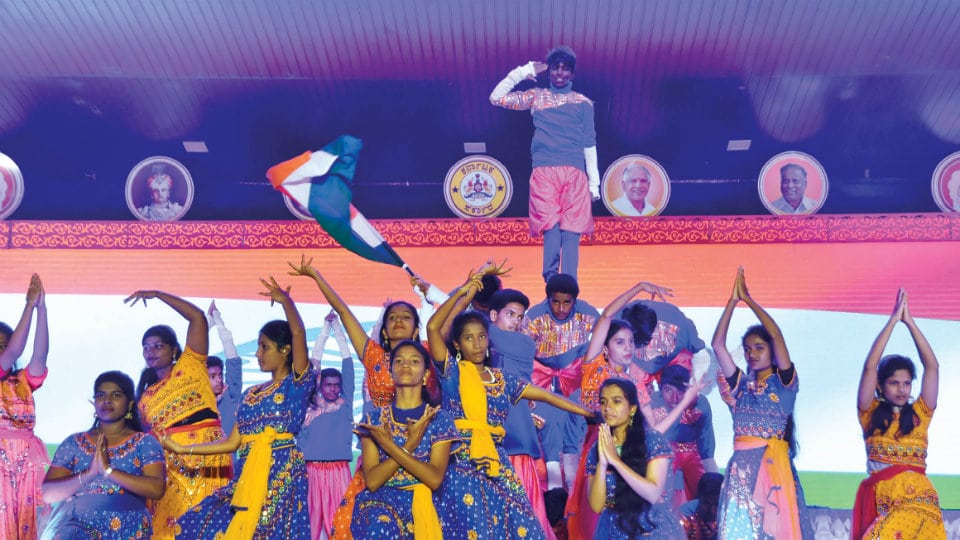 Mysuru: After a glittery inaugural ceremony, the second day of Yuva Sambhrama witnessed students from Chamarajanagar, Mysuru, Mandya and Shivamogga performing dance ballet to various songs selected based on themes provided by the Yuva Dasara          Sub-Committee.