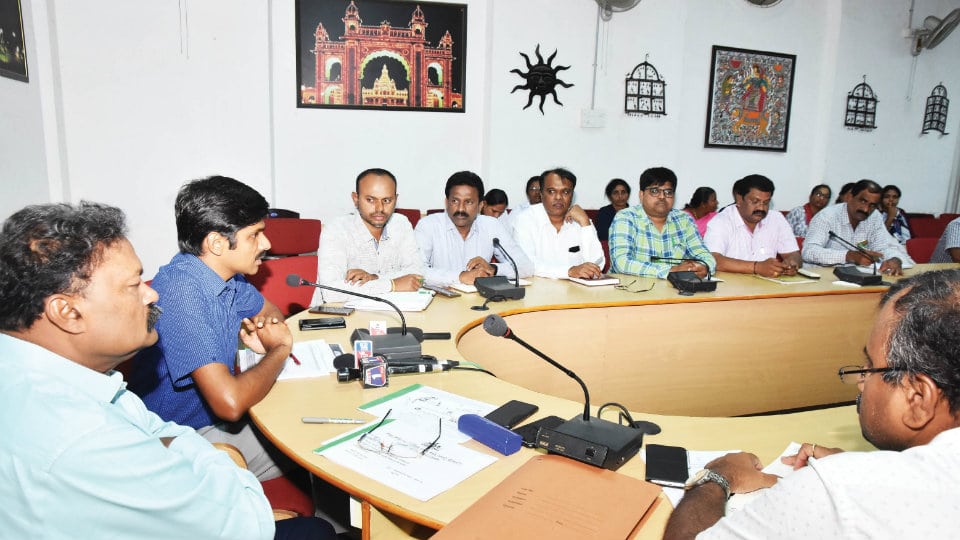 Mysore/Mysuru: Deputy Commissioner Abhiram G.Sankar said that there was no cause of worry over COVID-19 in the district and no cases of people testing positive have been reported so far in the district.

Speaking to presspersons at his office here yesterday, Sankar allaying fears over COVID-19,said there was no reason to panic over the spread of the deadly virus.Pointing out that as per the guidelines announced by the Health Ministry, a mechanism is in place to screen and isolate individuals showing symptoms, he said that all precautionary measures were in place.

Stating that an awareness drive has been launched on COVID-19,he said people who have travelled abroad in recent weeks and returned have been screened, while individuals  with symptoms such as headache, fever and infections in eye,mouth or nose were advised to get themselves medically examined.Noting that an isolation ward has been created at K.R.Hospital and Epidemic Diseases Hospital on KRS road,the DC said the people have been advised against wearing face masks unnecessarily.He also scotched rumours about non-availability of face-masks in the city in the backdrop of COVID-19 fears.

Continuing, he said the Health Department is distributing  Information leaflets and Brochures containing certain guidelines to the public and the guidelines are also being prominently displayed in public places and pblic joints, including the city bus-stand and Railway station.

District Health Officer (DHO)Dr. Venkatesh said that all precautionary measures were in place and teams have been constituted for screening and monitoring people with symptoms such as headache, fever and infections.He further said that international tourists  and delegates were being casually questioned about their place of origin.

Explaining the precautionary measures to be taken, he said simple measures such as maintaining good hygiene, washing hands with Sanitizer or soap, avoiding crowded places, maintaining a safe distance from people suffering from cough and cold etc., would go a long way in minimising the chance of getting infected.