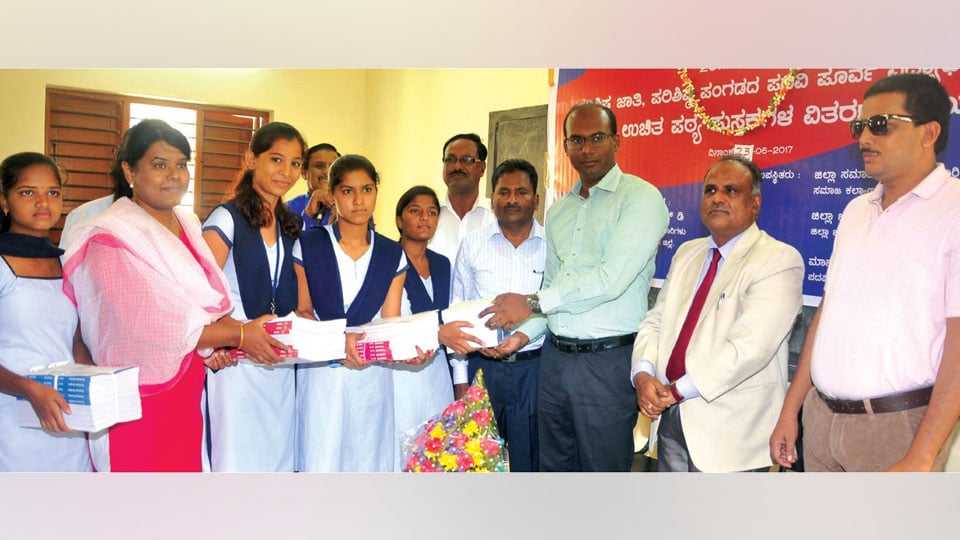 Mysuru: The Department of PU Education had organised a function at Government PU College in Vontikoppal here on Friday for distribution of NCERT books to SC/ST students studying in PU Colleges. Distributing the books, Deputy Commissioner D. Randeep suggested students to read NCERT books which would be beneficial to tackle Public Service exams instead of just depending on guides and magazines.

Quoting his personal experience, the DC said that the books had helped him a lot. He hailed the move to provide such books to SC/ST students to shape their career and future better and advised the students to make best use of the facility which incidentally had increased the responsibility of lecturers too.

Speaking on the occasion, DDPUE Jayaprakash said that over 40,000 NCERT books have been received for the district which would be distributed to respective Colleges.

Prabha, Joint Director, District Department of Social Welfare, announced that a cash prize of Rs. 20,000 would be presented to SC/ST students who pass second PU examination with first class in the first attempt.