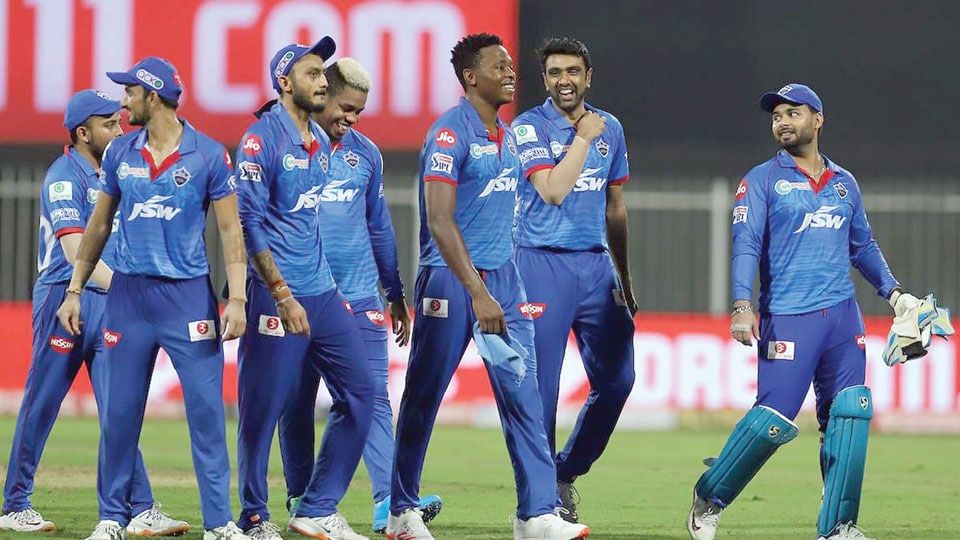 Electing to bowl, RR struck early as DC lost Shikhar Dhawan in the second over as Jofra Archer picked his first wicket.

While Shreyas Iyer and Prithvi Shaw hit three fours and a six over the course of the next over, DC lost Shaw after Archer held onto a catch on his own bowling. RR then picked their third wicket in the powerplay as Iyer was run-out following a fine fielding effort from Yashasvi Jaiswal.

Marcus Stoinis, meanwhile, counter-attacked, hitting Shreyas Gopal for three sixes across two overs. However, DC lost another wicket via run-out as Rishabh Pant got out for 5 in the 10th over.

Stoinis and Shimron Hetmyer then added 30 runs together before the former got out for 39. Hetmyer was then joined by Harshal and the two duo put up a 40-run partnership, with Hetmyer doing all the power-hitting.

Needing 185 runs to win, RR lost Jos Buttler in the third over as Dhawan held on to a fine catch off R. Ashwin’s bowling.

Steve Smith, who replaced Buttler in the middle, was quick off the blocks as he took on Kagiso Rabada in the 4th over, hitting a four and a six.

RR brought up their fifty in the 7th over. But they lost skipper — Smith — on the first ball of the ninth over bowled by Anrich Nortje after Hetmyer took a stunning low catch in the deep.

DC introduced Stoinis into the attack in the 11th over. While Jaiswal hit him for a six on the first ball, Stoinis stuck on his third ball as he dismissed Sanju Samson after Hetmyer held onto a catch at dee mid-wicket.

Ashwin retuned into the attack in the next over and got Mahipal Lomror out before Stoinis picked his second wicket, hitting the woodwork to get Jaiswal out. Axar and Rabada then dismissed Andre Tye and Archer respectively. While Rahul Tewatia hit 3 fours and 2 sixes and scored 38 off 29 balls, DC closed out the game, bowling out RR for 138, and sealed a 46-run win.