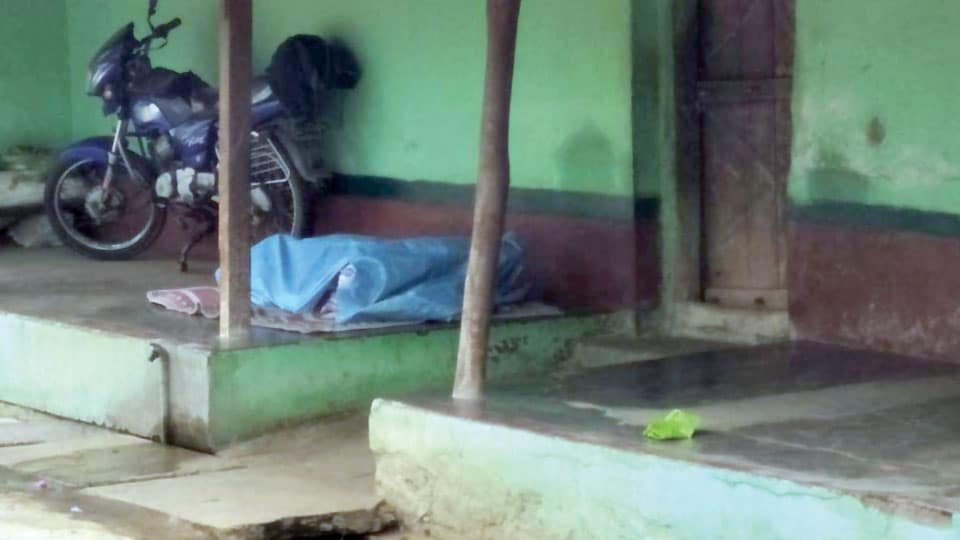 Dead body shifted from one village to another for last rites

Mandya: Fear is robbing the dead of dignity. While there are many reports of many COVID Hospitals in cities and care homes abandoning and even leaving the dead on beds amid the Coronavirus pandemic, such incidents are now being reported in villages too where villagers are refusing to cremate the dead bodies inside their boundaries due to virus scare forcing the family members to shift the dead body from one place to another.

Before the outbreak of the pandemic, a death inside a village was treated as a great sorrow that has hit a village where every villager used to rush to the family’s support ensuring that they give strength to the family to bear the grief of a loved one.

However, COVID has changed everything now and people are scared even to go near the dead body. They are even not ready to cremate the body within the village limits. One such incident occurred in Malavalli taluk yesterday where villagers of Honaganahalli, suspecting that the death of a person was due to COVID infection, ran to a safe distance out of fear when the body was brought home for performing the last rites.

Nagaraju (50), a resident of Musukanakoppal in T. Narasipur taluk, was working in Bengaluru since several years. Due to an explosion of COVID-19 in Bengaluru, Nagaraju was planning to return to his native place. Three days back he had come to his relatives’ place at Honaganahalli where he suddenly developed health complications.

He was rushed to a private hospital in Kollegal but he passed away on the way to hospital. His body was brought to Musukanakoppal for the last rites. This, however, created panic among villagers, who suspected that the death was due to COVID. They demanded that the last rites be performed only after conducting COVID test.

Body brought back to Honaganahalli

The family members had no option but to take the body back to Honaganahalli to cremate it. Nagaraju’s body was shifted and placed in front of the house in Honaganahalli and no one came forward even to offer condolences to the grieving family. Forget words of solace. Here too, the villagers refused to provide place for cremation.

Meanwhile, the villagers of Musukanakoppal in T. Narasipur learnt about how the family members of Nagaraju were struggling to perform the last rites in Honaganahalli. They finally called the relatives and offered land outside the village boundary to cremate the deceased’s body.

Now as the relatives were preparing to shift the body back to Musukanakoppal, the Health Department was requested an ambulance. But the Department washed its hands of the issue after providing two Personal Protective Equipment (PPE). Two family members, wearing the PPE, had to literally bundle the body into the back of a vehicle and take it to Musukanakoppal where the body was cremated outside the village.

As a precautionary measure, 11 people, including an autorickshaw driver, have been placed under home quarantine.

Mandya District Health Officer Dr. Manchegowda later clarified that though Nagaraju had not shown any symptoms of COVID-19, the villagers panicked due to the prevalent situation. He denied that there were any lapses on the part of Health Department.