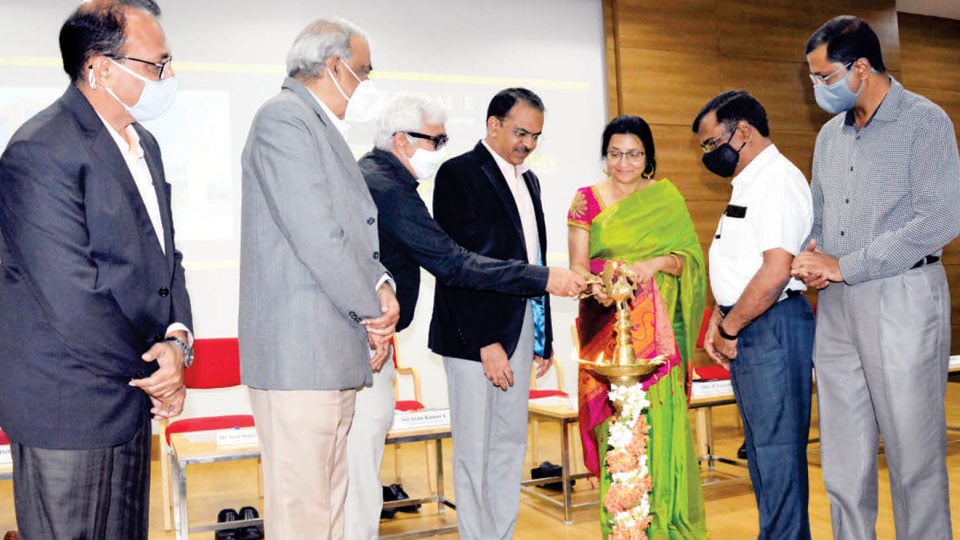 Dignitaries of the event inaugurated the function by lighting the lamp. College Trustees — L. Arun Kumar, Founder-Chairman; K. Shivashankar, Founder-Secretary; R Veeresh, Founder-Treasurer, Nooreain and Dhirendra Kumar Mehta — were felicitated for their contribution to the institute.

On the occasion, Dr. Srinivasan handed over a cheque for Rs. 3,000 to be given to Mechanical Engineering topper while Prof. Veerendra Kumar instituted a cash prize of Rs. 10,000 to be given every year for the Best Project in Computer Science Engineering Department.

A Decennial Celebration Logo was released by Arun Kumar  while the Souvenir was unveiled by Shivashankar. Addressing the gathering, Arun Kumar said that ATME has reached a development phase and is heading towards an exponential growth.

Thanking everyone involved directly or indirectly with ATME, Arun Kumar announced formation of a Layout and allotment of sites for the benefit of faculties. He also discussed his future plans for the institute to acquire Autonomous Status by 2022-2023 and University in future.

He introduced a new entity to ATME family “Samagra-Academy of Higher Education and Innovation” offering various Science and Commerce courses.

The foundation stone for constructing an Amphitheatre in the college campus was also laid on the occasion.