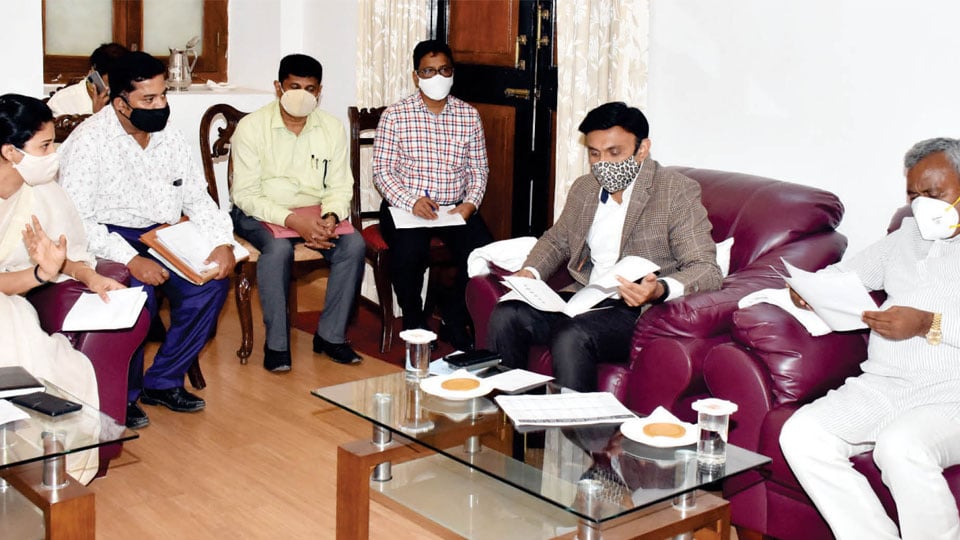 The team members will interact with District Minister S.T. Somashekar and other officials concerned, especially on the crowd management in Mysuru owing to thousands of people coming out of homes to watch illuminated Circles, main roads and busy junctions in the city, by totally violating guidelines issued by Union Health Ministry.

This, in fact, has become a point of worry for the State Government as more people are expected on last three days of Dasara. Although the State Government has decided to celebrate this year’s Dasara in a simple manner and to restrict Jumboo Savari procession within the Palace premises, still there has been steady inflow of tourists into the city.

READ ALSO  Hand-stamping of all visitors resumes in Kodagu

The Minister was informed that there has been a decline in Corona positive cases and casualty in last one week due to ramping up of testing and strict vigilance. The positivity rate and death rate is slowly plummeting when compared to last month. However, the citizens need not become complacent and break protocol thinking that everything has now come to normal.

Dr. Sudhakar told in the meeting that the number of Corona positive cases spiked in Kerala after 10-15 days of Onam festival. Such a situation should not be allowed to happen in Mysuru after Dasara, he noted.

When Dr.Sudhakar mentioned about thousands of people on streets to watch the illuminated streets without safety norms, a senior Police Officer mentioned that the entire Central Business District (CBD) has been declared ‘no parking’ zone and no vehicle is allowed to stop even for a second. The Minister directed the cops to book cases against those who do not wear face mask or observe safe distancing in crowded places.