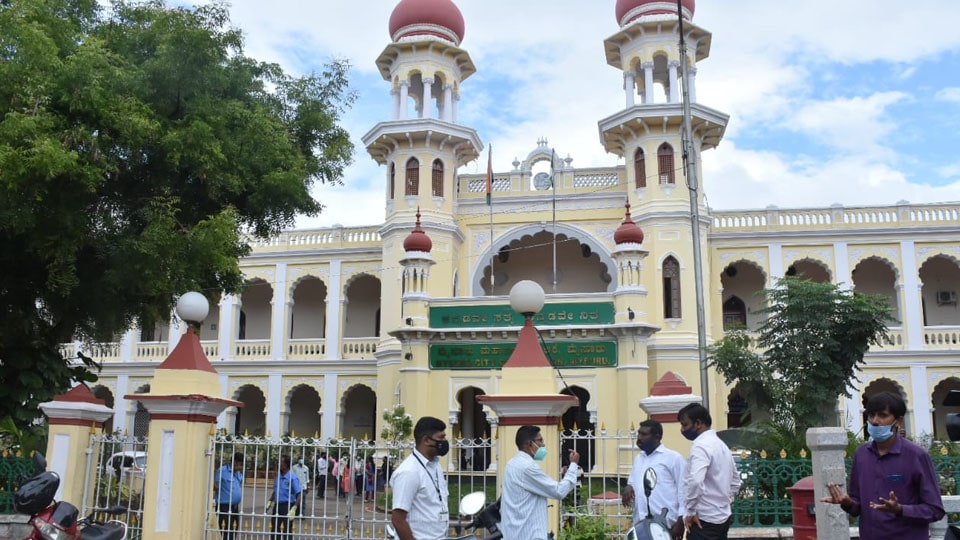 Mysore/Mysuru: The decks for the city Mayoral polls is said to have been cleared, with the Karnataka High Court (HC) learnt to have refused to grant a stay order on the Mayoral polls scheduled for tomorrow.

The HC, which resumed hearing in the case today, refused to issue a stay on the Mayoral polls and also dismissed Samiullah’s petition, it is learnt.

However, MCC Council-Secretary Rangaswamy told SOM that MCC is yet to the get a copy of the HC verdict and the MCC will make the  next move on Mayoral polls only upon getting it from its Counsel in the HC.

Meanwhile, Congress, BJP and JD(S) are making their own moves on election of next Mayor, with all parties keeping their cards close to their chest. However, in a setback to Congress, which is hoping that Congress-JD(S) alliance will continue, the party lost a crucial vote as the vote of its MLC R. Dharmasena has been transferred to T. Narasipur Municipal Council.