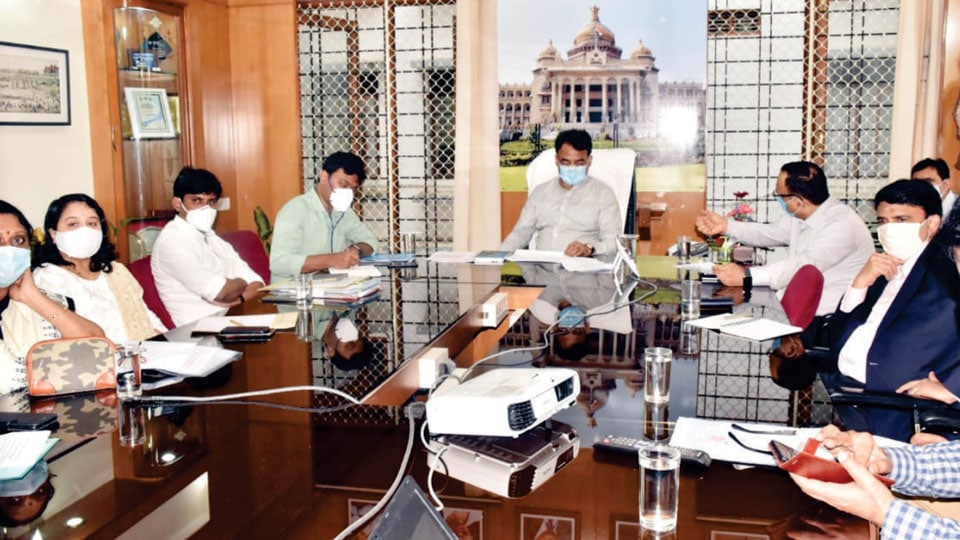 Date to be finalised soon

“I have asked all Vice-Chancellors to submit a report in this regard soon to decide the date for re-opening of the Colleges after a gap of ten months,” he told media persons after participating in video-conferencing with VCs of all the Government and Private Universities and senior officials of several Departments including Higher Education.

The Vice-Chancellors, who attended the meeting, equivocally suggested to the Government to start the offline classes at the earliest. The date of starting the classes will be decided after receipt of report by the VCs. The offline classes for final year students of Degree, PG, Diploma and Engineering courses which started last month were running successfully after initial hiccups. This has made the State Government to start first year and second year classes by strictly following guidelines issued by University Grants Commission (UGC) and COVID-19 guidelines, he added.

The Minister said the meeting mainly discussed when to start the academic year 2021-22. Since Primary and Secondary Education Minister S. Suresh Kumar has already announced that second year PU examination would be held in second week of May, time table for higher education courses would be fixed accordingly.

VTU exam: Dr.Karisiddappa, Vice-Chancellor, Visvesvaraya Technological University (VTU), opined it was better to conduct offline examination (Hard Paper Writing) than online exams. The Government would consider it seriously. As per UGC norms, examination had to be completed before March 2021 but the syllabus had not been completed in several Universities. In the wake of this, the Government was mulling to conduct examination in April or May this year, he added.

Bus Pass and Hostel: The Minister said confusion over students’ concessional bus pass would be cleared soon by discussing it with his Cabinet colleague and Transport Minister LaxmanSavadi.  Then it would be finalised whether students can use the old pass or should apply afresh. Hostel facility will be provided to SC and ST students after beginning of classes. The Social Welfare Department has responded positively in this regard, he added.

The Higher Education Minister participated in the meeting from Ramanagara, where he is also the District in-charge Minister.