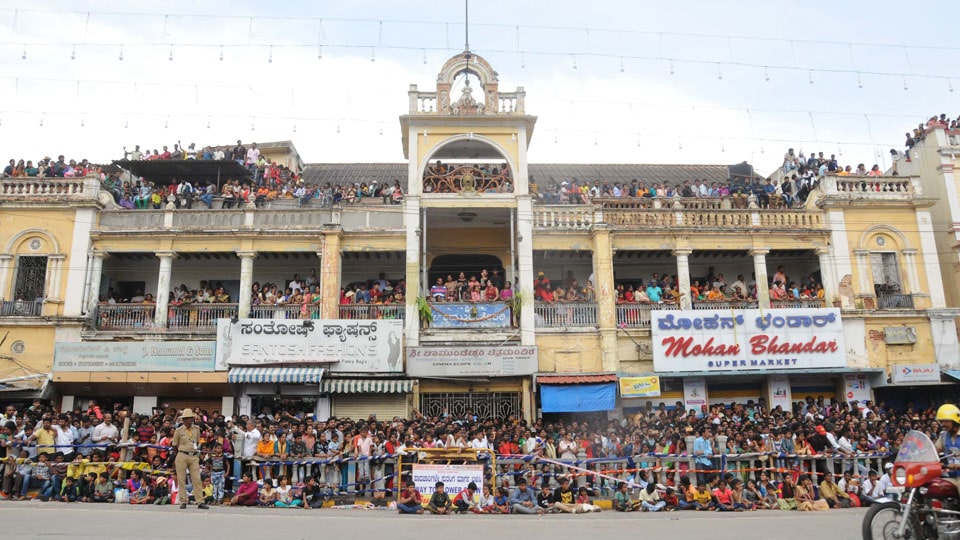 Mysuru: The warning issued by the MCC Commissioner asking people not to climb on top of heritage and dilapidated buildings, hoardings and trees seems to have gone unheeded as many people had openly ignored the warning during the Jumboo Savari last evening.

A lot of people were seen precariously sitting on dilapidated buildings of Devaraja Market. They had not spared advertisement hoardings, trees in Town Hall premises and at parks near by.

Women and Children seated at K.R. Circle, Chamaraja Circle and other junctions were seen screaming and shouting when being pushed from behind by  unruly crowd. The women were seen pleading Police personnel for help who also stood helpless.

Waiting for hours before the procession commenced, the people after the passage of the howdah-bearing elephant and tableaux made a hurried entry to food joints to grab whatever they could to satiate the hunger.  Obviously wine shops nearby too witnessed heavy rush. 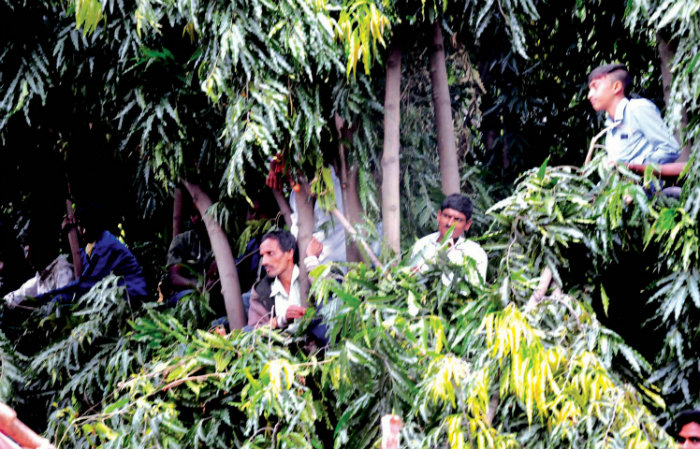 An unidentified man who collapsed was rushed to K.R. Hospital but was pronounced brought dead. Three people who received minor injuries possibly caught in the rush were provided first aid, according to doctors of Department of Health and Family Welfare.