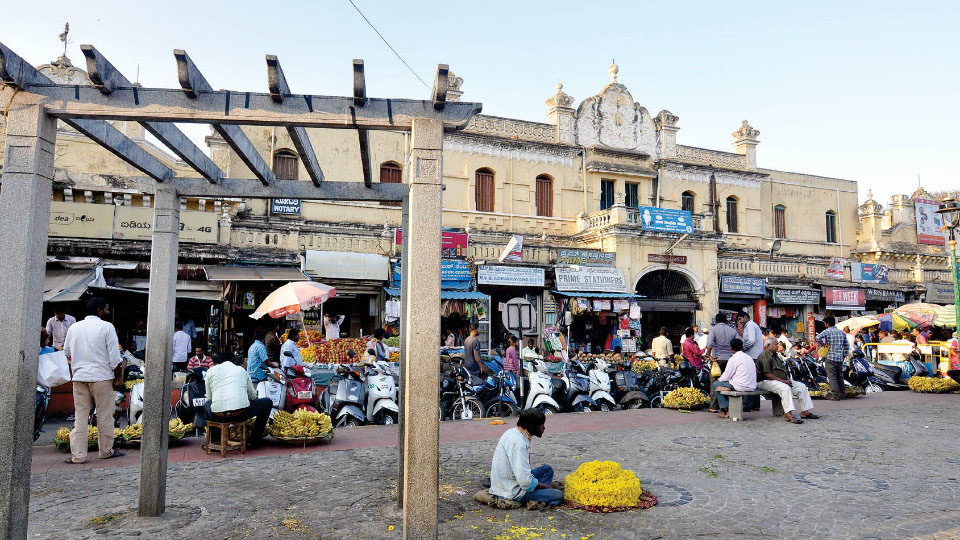 Mysuru/Mysore:  The Court has given clearance to Mysuru City Corporation (MCC) to demolish  and rebuild the heritage Devaraja Market and Lansdowne Building.

Disclosing this to the media recently, MCC Commissioner Gurudatta Hegde said that the traders of Devaraja Market had moved the Court against the proposed demolition but the Court has instructed MCC to provide an alternative arrangement to the traders. The Court while giving the go ahead for the demolition, it instructed the MCC to  rebuild the structure by retaining its heritage parameters.

He further said that an Expert Committee from Chennai had inspected the Market and confirming its dilapidated state, had also  suggested demolition.

Gurudatta Hegde recalled that a portion of Devaraja Market had collapsed in August 2016 and added that a meeting was held at MCC Council where a decision was taken to demolish the market building and reconstruct it.

He said that a meeting of traders and Corporators would be conducted soon to chalk out the action plan for the reconstruction of a new Devaraja Market.

He added that a Committee of experts would be constituted for reconstruction of Lansdowne building and arrive at a decision.