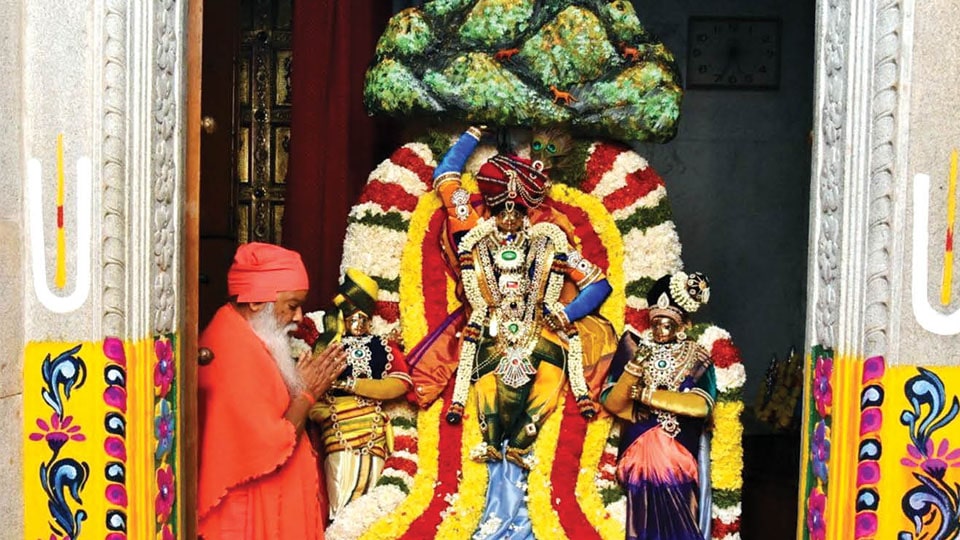 Mysuru: The city wore a festive look as thousands of devotees thronged temples across the city to pay obeisance to the Deity on the auspicious Vaikunta Ekadashi Day right from the wee hours of this morning.

At Sri Lakshmivenkataramanaswamy Temple on KRS  Road, V.V. Mohalla (Vontikoppal), the rituals began as early as 4 am, with a team of priests comprising Sarvothaman, G.P. Srinivasan, Sathyanarayana and Narasimha performing special Dhanurmasa pujas, Prakara Utsava and many other yajnas.

The Presiding Deity, Lord Sri Lakshmivenkataramanaswamy was adorned with ‘Vajrangi’ on the occasion. A ‘Swarga Mantapa’ was created in the temple. The devotees walked through the temple’s ‘Vaikunta Dwara’ which was specially decorated for the occasion. Vaikunta Ekadashi is one of the important and auspicious days for Hindus, dedicated to Lord Vishnu. On this day, the Vaikunta Dwara is kept open. 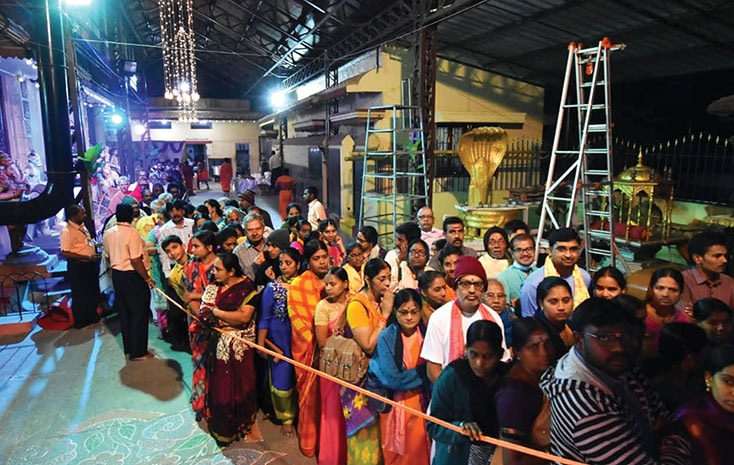 The area encircling the sanctum is referred to Vaikunta Vaasal and devotees throng the temple to gain entry into the temple through this ‘Dwara’ and seek the blessings of Lord Vishnu.

The temple had introduced a Rs.20 entry ticket for the benefit of devotees for having special darshan of the Deity.

The temple will be open till midnight without any break and even beyond so that even the last devotee gets Darshan of the Lord, according to the temple Manager Kadri Srinivasan, who also said that Kesaribath, Uppittu, Hesaru Kaalu Husali, Kadle Kaalu Husali and Kadle Bele Husali will be distributed to the devotees by the temple staff throughout the day.

At ISKCON (International Society for Krishna Consciousness) Temple on Jayanagar 18th Cross, the rituals began early in the morning and was opened for devotees later on. 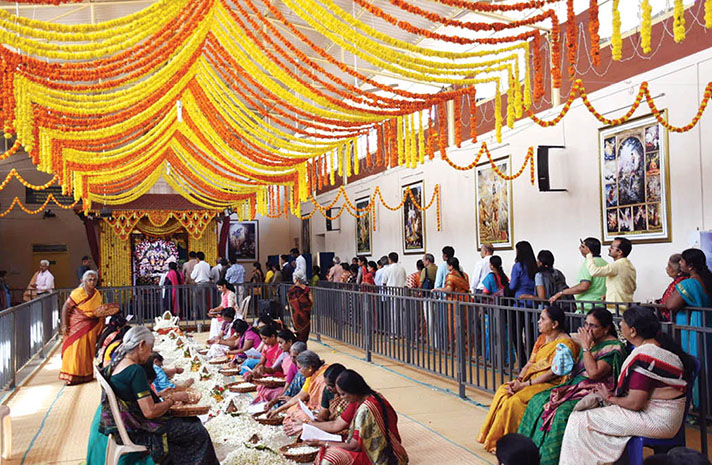 Devotees performing pushparchane at ISKCON Temple in Jayanagar this morning.

Marking the day, Laksharchana and other rituals were performed at 9.30 am. The temple authorities have organised ‘Sangeetotsava’ in the temple premises between 2 pm and 10 pm, in which several noted musicians are performing.

READ ALSO  Vaikunta Ekadashi: No entry to temples, devotees pray from outside

‘Sabbakki Payasa’ was offered to the devotees as prasadam. Marking the celebrations, ‘Harinama Bhajane’ took place at ‘Harinama Mantapa’ in the temple premises. Some foreigners too were among the devotees at the temple. 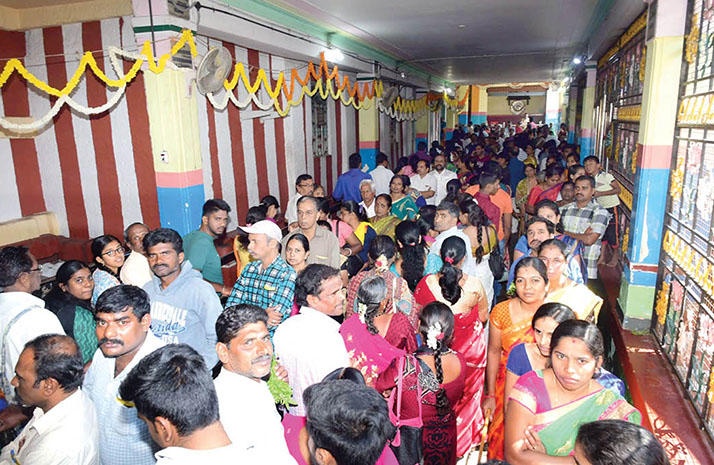 At Sri Ganapathy Sachchidananda Ashrama on Ooty Road, the rituals began as early as 5 am, with the performance of special pujas and Mahamangalarati, following which the temple was opened for devotees. The devotees entered the temple through ‘Vaikunta Dwara’ (Northern entrance of the temple which will be opened only on Vaikunta Ekadashi Day) and had darshan of Sri Venkateshwaraswamy and other Deities.

Sri Ganapathy Sachchidananda Swamiji performed the first puja. The rituals were performed by a team of priests led by chief priest Madhavacharyulu. The temple will be open till 10 pm.