Home » News » Did not have info on oxygen shortage: MP 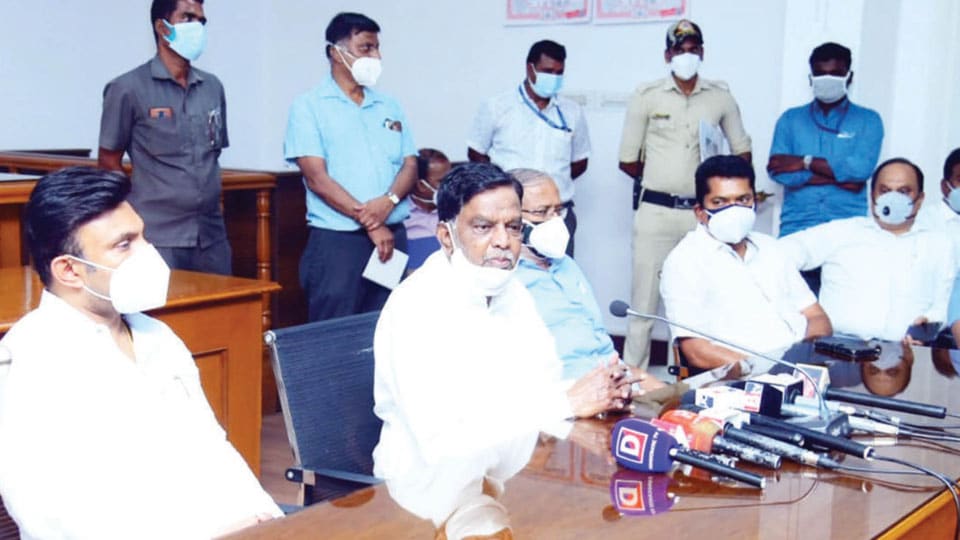 Did not have info on oxygen shortage: MP

Mysore/Mysuru: Terming the death of 24 patients allegedly due to shortage of oxygen at Chamarajanagar District Hospital as most unfortunate, Chamarajanagar MP V. Sreenivasa Prasad has urged the Government to announce a fair compensation for the bereaved families.

Speaking to presspersons at his Jayalakshmipuram residence here yesterday afternoon soon after the tragedy news spread like wild fire, Sreenivasa Prasad said that he had spoken to Chamarajanagar DC yesterday (on Sunday), during which the DC had said that there were no problems in the treatment of COVID patients.

“During the telephonic talk on Sunday, the Chamarajanagar DC did not say anything about shortage of oxygen cylinders at the District Hospital. I don’t have any information about the talks that Chamarajanagar DC reportedly had with Mysuru MP,” Prasad said.

After the tragedy, the MP visited Chamarajanagar and held talks with Chamarajanagar District Minister S. Suresh Kumar, Health and Medical Education Minister Dr. K. Sudhakar and Deputy Commissioner Dr. Ravi. He appealed to political leaders not to politicise the issue.

“Yes, the deaths have happened and we need to come together to combat COVID. Even if the Congress Government would have been in power it would have been helpless in such a situation,” he said.

“I am in constant touch with the authorities there and getting updated information about the treatment and availability of general beds, oxygenated beds, ICUs and oxygen supplies,” he said.

Recalling that Chamarajanagar was declared as one among the very few districts of the country in effectively checking the spread of the pandemic when it broke out last year, Sreenivasa Prasad said that one should not forget the fact that the Union Health Minister had then personally spoken to Chamarajanagar Deputy Commissioner appreciating the efforts of the district authorities for ensuring that the district did not have a single case in the first few months of the outbreak.