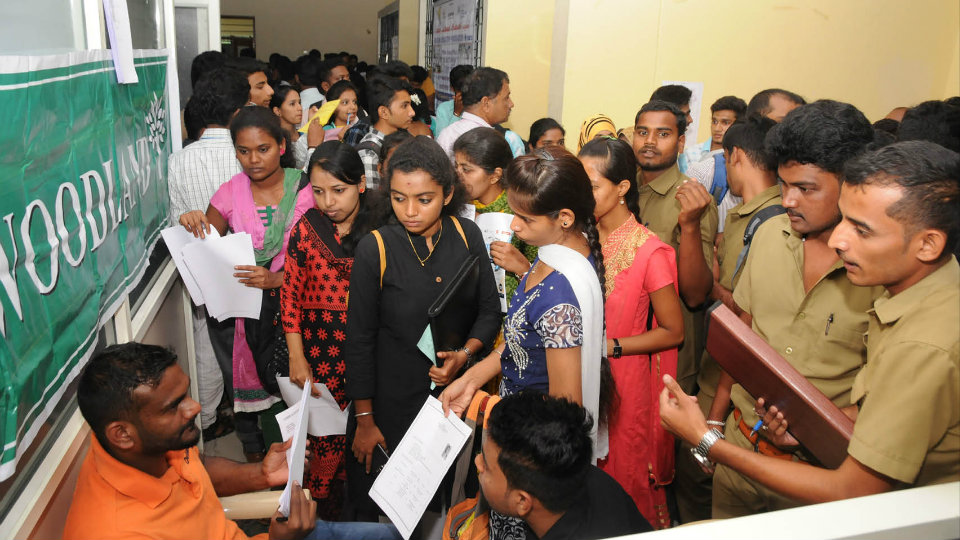 All said and done, pages of history are replete with the script of chroniclers of their times portraying the life-related happenings as they perceived and drew their inferences, thought by pundits as source of valuable lessons. However, learning those lessons and taking care not to commit the blunders are different cups of tea as it were. Of the stock of lessons sourced to the land’s history of past several centuries, perhaps the feature of disharmony among the people on various counts stands out. That feature has unwittingly taken a permanent perch on the backs or in the minds of most people even to this day. In a laudable attempt to re-structure the society as an inclusive entity, the script-writers of the nation’s voluminous Constitution chose the count of caste by which people identified themselves. All seemed well as long as different sections of the population with that variety of identities avoided treading on others’ toes to the point of hurting pride and sentiments. Having sidelined that key lesson of history, people of some well-marked sections in the country’s populace find themselves in a zone of discomfort socially. Their plight is similar to that of the lamb at the water point confronted by the wolf, salivating to devour its prey.

A former diplomat, who also held high level posts in the country’s Ministry of Finance and World Bank, has conveyed in a column of a widely-read daily this week his perception of many sad realities that Indians are silent witness to nowadays. One such reality highlighted by the writer with sound credentials refers to the significant erosion of human capital, particularly in Government environment, regulatory and educational circles resulting in distortions in competence and decision-making.

While a minimum of 49.5 percent of jobs in all Departments of the Government are mandatorily kept aside for those identifying themselves under castes mentioned in the Constitution and its subsequent amended text, the Central Government has notified several months ago an additional 10 per cent to be reserved, ostensibly for the advancement of any Economically Weaker Sections (EWSs) of citizens, on condition that families with annual income is below eight-lakh rupees. There have been debates in the Constituent Assembly followed by discussions in the country’s Parliament as well as Legislative Assemblies of States about the perceived contentious issue of correcting past injustices. It is felt in some circles of cognoscenti that over the decades, human capital has been diluted due to a steady increase in setting aside jobs and admissions to institutions under Government control, apart from reduction in minimum educational qualifying standards for the beneficiaries of the system of preferential opportunities. The argument that many in crucial official regulatory and specialised positions selected on the principle of creating an inclusive society do not meet basic standards of domain knowledge and competence has remained open-ended.  The writer’s suggestion to first halve the quota percentage and later drop it altogether may not go well with the privileged sections.