Home » News » Disneyland at KRS is my brainchild; will go ahead with project: CM Kumaraswamy 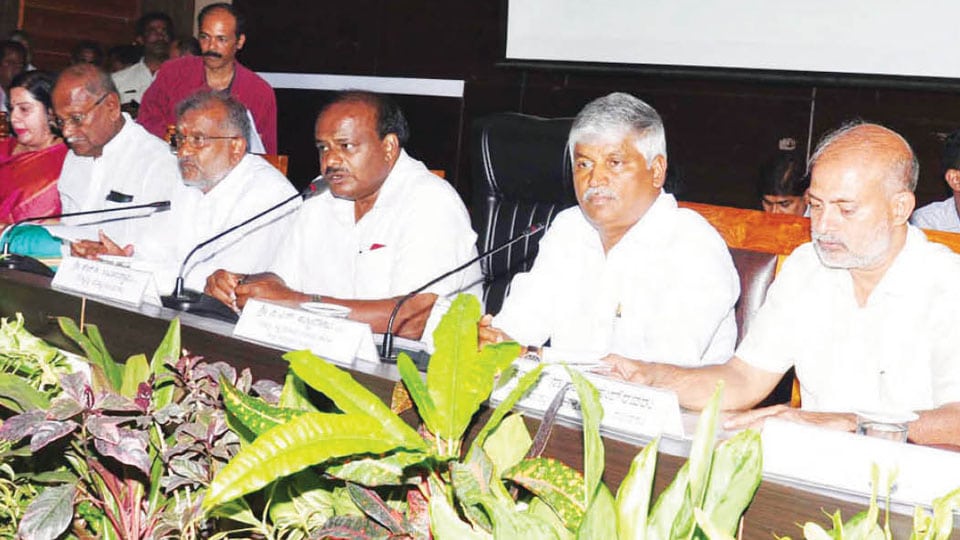 Disneyland at KRS is my brainchild; will go ahead with project: CM Kumaraswamy

Mandya: Even as farmer organisations including Karnataka Rajya Raitha Sangha have opposed the Disneyland-like amusement park at Krishna Raja Sagar (KRS) Dam and Brindavan Gardens, Chief Minister H.D. Kumaraswamy has said that he is committed to establish the amusement project as it is his brainchild.

He told press persons here yesterday night: “It is my brainchild. I will ensure that the project is implemented. I pray with folded hands to those opposing the project to support it.”

According to him, the project would create employment to at least 40,000 people in the district. “I will not allow the exploitation of farmers and the Disneyland project will benefit thousands of farmers and youth as it will create thousands of jobs,” Kumaraswamy said.

8 COMMENTS ON THIS POST To “Disneyland at KRS is my brainchild; will go ahead with project: CM Kumaraswamy”