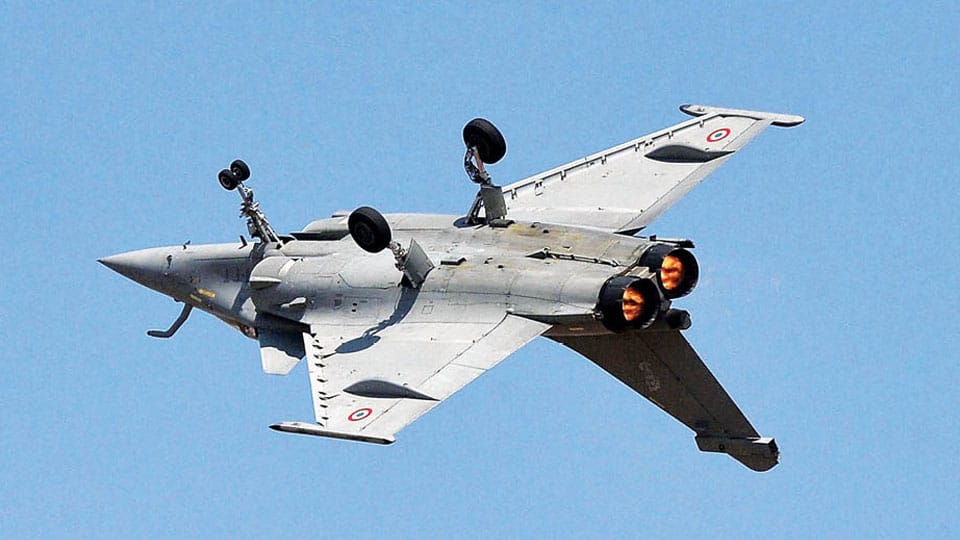 New Delhi: The Supreme Court (SC) this morning said that it would look into the request for an early hearing on whether its verdict giving the Government a clean chit on the Rafale jet deal should be reviewed and whether action should be taken against officers for misleading the Top Court.

“This requires constituting a Bench of different composition of Judges to hear all the petitions. It has to be examined. Let me see,” Chief Justice Ranjan Gogoi said.

There are four petitions including one by the government for the correction of an error in the verdict. The Centre wants a correction in the part where the verdict says the Comptroller and Auditor General (CAG)’s report on the Rafale deal was placed before Parliament; the report was put out after that, in the session that ended on Feb. 13.

A petition by lawyer Prashant Bhushan seeks action against the officers who had “misled” the court by claiming that the auditor had already submitted a report to Parliament. Bhushan also asked in another petition for the Court to review its order that the government followed the decision-making process in the deal with France for 36 Rafale jets.

Aam Aadmi Party (AAP) leader Sanjay Singh has also requested a review. In December, the Supreme Court said there was no reason to doubt the decision-making process behind the Rafale case amid Congress allegations of corruption in the 2016 jet deal.

Petitions alleging that the government had gone for an overpriced deal to help Anil Ambani’s company bag an offset contract with jet-maker Dassault also didn’t wash with the top court, which dismissed the need for a probe and said: “There is no evidence of commercial favouritism to any private entity.”