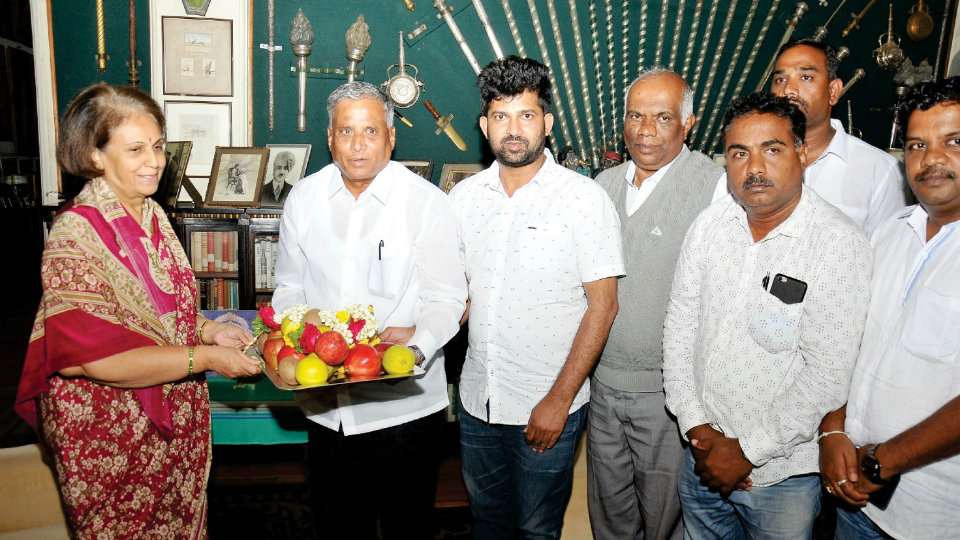 Mysuru, Aug.30- “It was the Mysore royal family which laid a strong foundation for the Dasara celebrations that is now being celebrated as Nada Habba or People’s  Dasara. Hence, I made a courtesy call on Maharani Pramoda Devi Wadiyar since Dasara is fast approaching and held discussions with her,” said District in-Charge Minister V. Somanna.

He was speaking after meeting Pramoda Devi here yesterday and said that he had a close contact with the royal family. So, after assuming charge as District Minister, he met her. She will once again be formally invited for Dasara, he said. MP Pratap Simha, BJP leader M.V. Ravishankar and others were present.