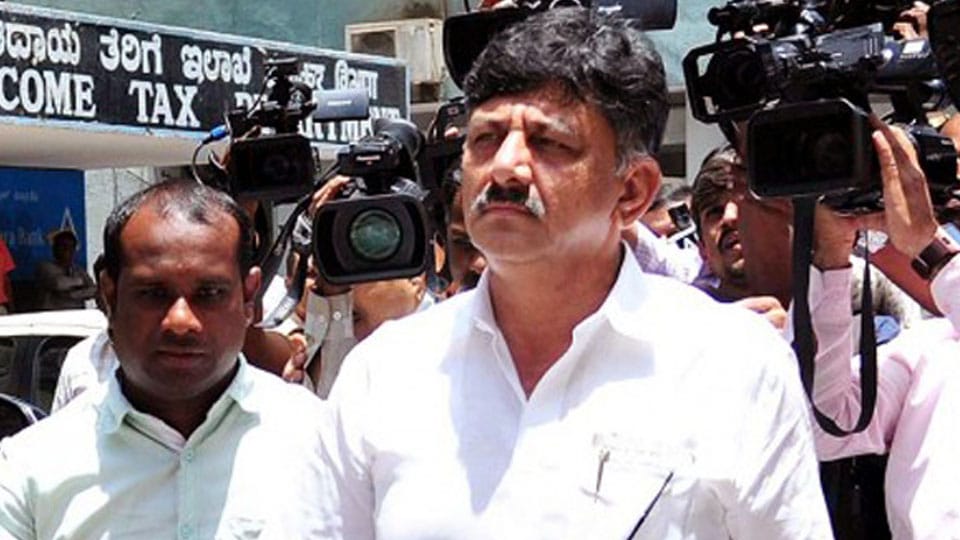 DKS bail: Delhi HC chides ED after its lawyer fails to turn up

New Delhi: The Delhi High Court yesterday criticised the Enforcement Directorate (ED) after its counsel did not appear in Court to argue against the bail plea of Karnataka Congress leader D.K. Shivakumar (DKS), who has been arrested in a money laundering case.

Another counsel representing the Directorate told the Court that the law officer was busy in a District Court. He asked for 30 minutes to allow the lead counsel to present his arguments. “You cannot play hide and seek with the Court,” said Justice Suresh Kait.

“This is not acceptable. Court is not supposed to wait.” The High Court reserved its order on Shivakumar’s bail plea and asked the Enforcement Directorate’s counsels to file their written submissions by noon on Oct. 19.

In 2018, a money laundering case was registered against Shivakumar on the basis of an Enforcement Case Information Report after a complaint was filed by the Income-Tax Department. The Congress leader is accused of evading tax and being involved in alleged hawala transactions worth crores of rupees.

Shivakumar was arrested on Sept. 3. On Sept. 26, he moved the Delhi High Court seeking bail, after a lower Court rejected his plea. On Tuesday, the trial Court extended Shivakumar’s judicial custody till Oct. 25.

Former Union Minister P. Chidambaram left Delhi’s Tihar Jail yesterday, more than a month after he was taken there, as Court sent the 74-year-old Congress leader to the custody of the Enforcement Directorate (ED) in the INX Media money laundering case till Oct. 24.

Allowing the probe agency to question Chidambaram in custody, the Court also granted him permission to have home cooked food, a separate cell, a western toilet, spectacles and medicines. The ED opposed his request for air-conditioner. Chidambaram will be allowed to meet family members and relatives for half-an-hour every day. The Court directed the ED to get him medically examined every 48 hours.