Home » Columns » Do not take us for granted 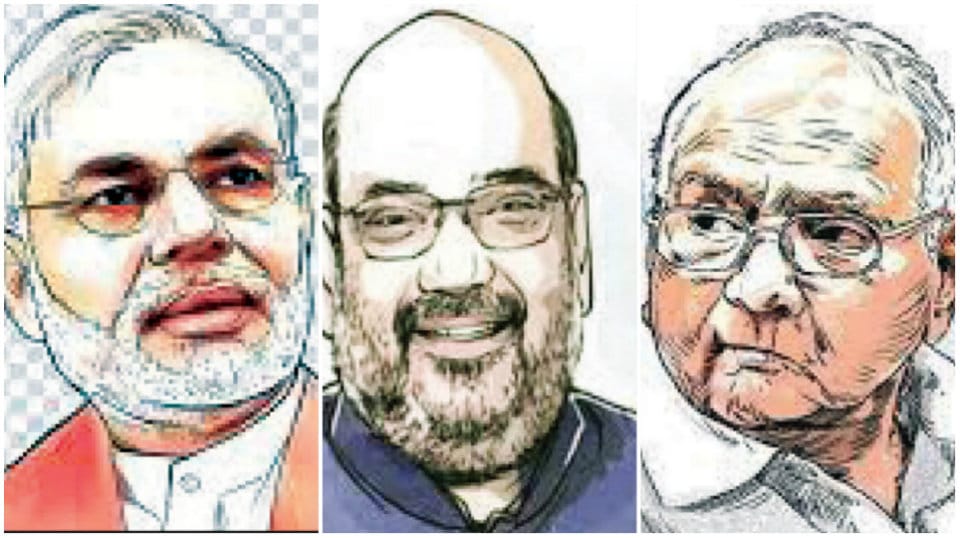 Do not take us for granted

Indian democracy is still alive and kicking. The recent elections to the two States of Maharashtra and Haryana have proved it. All the exit polls had virtually written off Congress, ncp and other parties in these two States. All have to eat the humble pie as their calculations have gone haywire. The bjp, having tasted massive victory in the recent Lok Sabha elections, thought that the Ram-Laxman jodi of Modi and Amit Shah talking about Centre’s achievements of Article 370 in Kashmir or Balakot strike would sway the voters and they would come back to power with  a  sweeping majority… but they have been jolted.

“Abki baar, 220 paar” was the slogan of arrogance. Local issues, like the Aarey forest issue, unemployment, etc., was brushed as minor issues by the ruling party. But the results have proved otherwise. These elections have once again proved that people rather prefer local  issues /leaders when it comes to State elections and issues like national security does not sway them much. Frankly, the Fadnavis or Khattar Governments did not do anything substantial or worthwhile for the States in spite of having a comfortable run of the State for last 5 years. They may claim anti-incumbency for the drop in vote share but how did Shivraj Singh Chouhan  rule MP for 15 years and nearly scrapped through in the fourth term too ?  Good governance is the answer.

The bjp was dreaming of a majority of its own in Maharashtra and now have to depend of Shiv Sena for sheer survival. From an earlier tally of 122 seats, their number has come down to 103, a drop of nearly 19 seats! Even Shiv Sena has fared no better, from 66 to a 56. In spite of all the noises, both the parties have no choice but to cobble a coalition and go forward. Yes, Shiv Sena will do some hard bargain and try to get some plum Ministries.

The biggest victor of this elections is the old horse Sharad Pawar, almost written off with a massive defection, engineered by the bjp, from his party. His trusted man, Praful Patel is still being hounded by the ED. But still, Pawar has proved once again that he is still a power to reckon in Maharashtra. The Congress riding piggy bank on his popularity has been able to gain two more seats than the last elections. The Congress had almost given up  the fight  in Maharashtra and Haryana even before the start of the elections.

In Haryana, the bjp requires support from independents to survive. Very impressive has been the show put up by a fledgling Dushyant Chautala of jjp, who has won 10 seats for his party. Since bjp has won nearly 40 seats and needs just 6 more to form the Government there is  possibility he may not become a king-maker as he had hoped for. But mark my words, this Harvard-educated grandson of Devi Lal is the future of Haryana.

It is also good that the Indian voter has shown the door to many a turncoat like Alpesh Thakor, who did this “Aya Ram Gaya Ram” type of politics. The betrayers have been punished and it is a lesson all political parties must understand for the future. Yes, the bjp being the party with a basic majority would form the Government in both these States but they must be hurting inside like never before.

A big jolt for the bjp, who thought that the jodi of Modi and Amit Shah can steam roll  every kind of Opposition all over India.  In the 51 by-polls held all over India, they have managed to just win 26, a fifty  percent success rate. In their eagerness  to flatten the Opposition, they welcomed all tainted leaders from the Opposition and gave them seats too, to contest.  An  old saying “One  can fool  some people for some time but one cannot fool all the people all the time” has been proved right.  Hereafter, they should be careful of admitting turncoats into their  party. Confidence is good but over-confidence is not.

The economy is in a pretty bad shape at present all over the world due to the US-China trade war still not resolved.  Many thought that due to the trade war, new business would trickle in to India but this has not happened. Instead, these businesses have gone to Vietnam and Cambodia which are still cheaper than India in terms of labour and other costs ! The private sector in spite of so many incentives thrown in is not committing anything in terms of new projects. From a whopping 7.5 percent growth, we may end up in a measly 5.75 percent growth this year which means prolonged problems. A small recession is staring at us.

What is the future of bjp in Karnataka, where they have not filled up nearly 15 Ministerial berths to accommodate the rebels who deserted the earlier Government. Yes, it is understandable that these people who helped the new Government formation must be rewarded. But the State is suffering because   of delayed decision-making. Unless this issue is resolved soon, the Congress is not a walkover  in Karnataka and still a force to reckon with. So, sort out your differences, work like a team and give us good governance.

What is the moral of this hollow victory for bjp in these two State elections? “Do not take us for granted” is the message loud and clear from voting public.