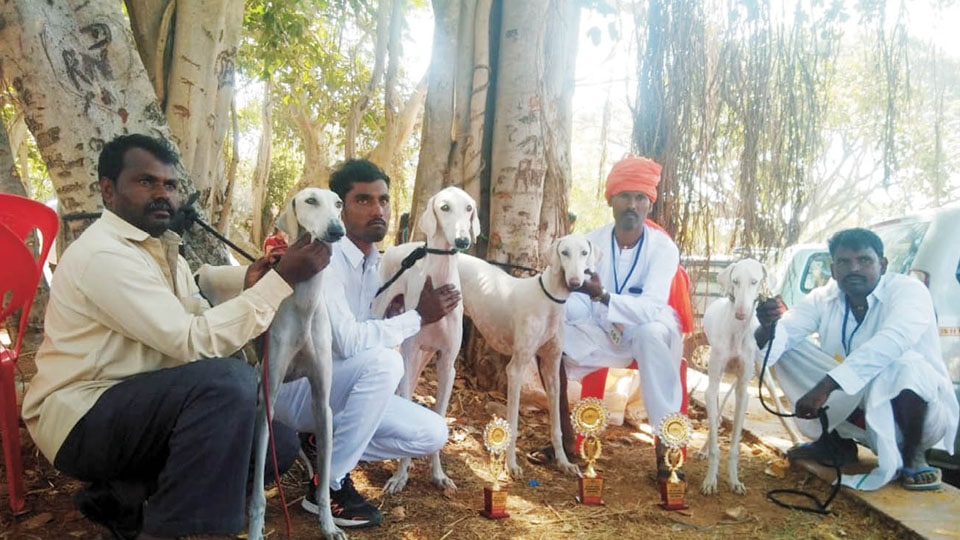 Mysuru: The Scouts and Guides grounds behind Deputy Commissioner’s Office was a crowded place today with participants and dog lovers thronging the place to witness the 5th and 6th Championship Dog Show at the National-level Dog Show Competition, organised by the Canine Club of Mysore in city.

There were 260 entries for the competition in which more than 22 dog breeds participated.

Participants from Mysuru, Bengaluru, Mudhol, Kodagu, Ooty, Salem, Erode, Coimbatore, Chennai and other places had brought their pets. C.A. Martins and Ranjith S. Munjal from Kanpur were the judges.

As this is the selfie-age, everyone including the spectators were seen taking selfies with the pets and posing for photographs. Since the weather was hot, there were ice blocks kept and the dog owners brought the ice cubes for the dogs to quench the thirst. They were also sprayed with water every now and then. Veterinary pharmaceutical companies and companies manufacturing pet foods, healthcare products and accessories such as soaps, shampoo, chains, belts, leash etc. had put up stalls at the venue.

Prizes for the winners of various categories will be distributed later in the day.