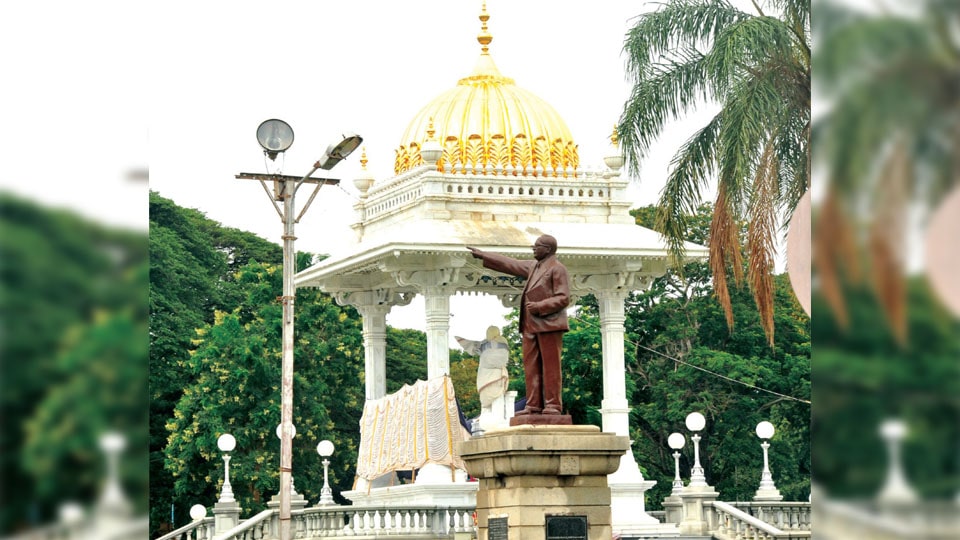 Mysuru: The unveiling of the statue of Dr. B.R. Ambedkar by Chief Minister Siddharamaiah, scheduled for today (Aug.30) has been postponed, said PWD Superintending Engineer Sathyanarayan.

The statue of the architect of Indian Constitution had been installed under the beautifully constructed golden-plated dome in front of the Town Hall three days ago for inauguration. Though the construction of the dome had been completed one month ago, the work on the nine-foot tall white marble statue is still incomplete.

Since the polishing work is going on at a brisk pace, the programme has been postponed. The Rs. 5 crore project including the Rs. 60 lakh worth statue, is being implemented by the Public Works Department (PWD), he said. The decision to shift the old Ambedkar statue, which is by the side of the new one will be taken by the District in-Charge Minister, said Sathyanarayan.

Dr. B.R. Ambedkar statue Town Hall
Bakrid: Sale of sheep picks up in city
State to roll out health cards for all from Nov.1