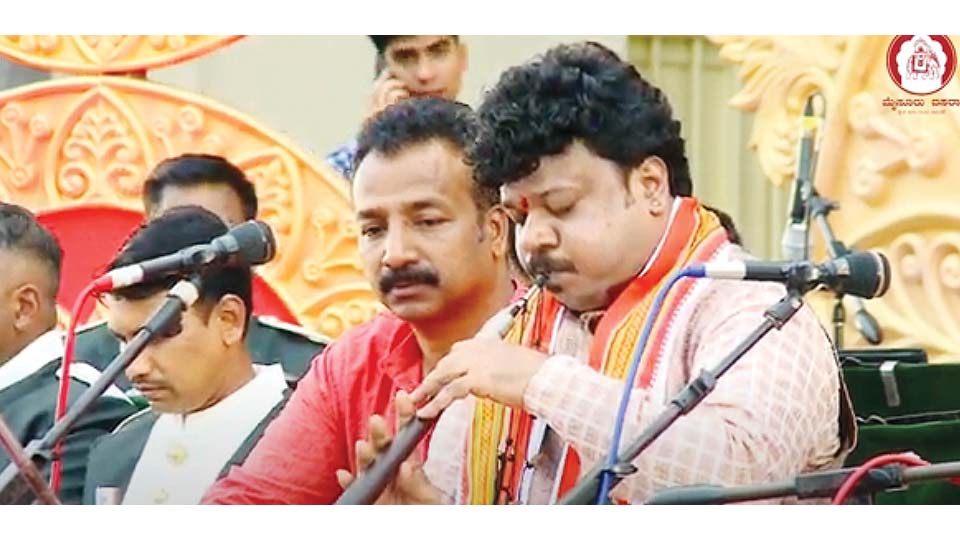 Mysuru: The Dasara Cultural Programmes Sub-Committee has saved itself from huge embarrassment after changing the venue of shehnai performance from the earlier scheduled Chikka Gadiyara, the market-place, to the peaceful Mysore Palace premises.

The Sub-Committee, in deference to the wishes and sentiments of music connoisseurs, who had resented its move to allocate Chikka Gadiyara stage to ‘Shehnai Chakravarthy’ Padma Shri awardee Pandit Dr. S. Ballesh Bhajantri to perform last evening from 8 pm to 9.30 pm, shifted the venue to Palace.

Star of Mysore had flagged the goof-up yesterday by publishing a report ‘Pandit Dr. S. Ballesh Bhajantri to perform amidst cacophony’ and the report highlighted how the celebrated artiste was insulted by allotting a venue that is full of noises and the sounds of vehicles in a constantly busy area.

Music-lovers had questioned the application of mind by the officials while deciding on the artistes and allocating space for their performance. Finally, bowing to public demand, the Dasara Cultural Programmes Sub-Committee shifted the performance venue from Chikka Gadiyara to the Mysore Palace premises.

Son performs in place of father

While the officials actually had requested Dr. Krishna Ballesh Bhajantri to perform in this Dasara, the name of Pandit Dr. S. Ballesh Bhajantri was printed in the invitations and the Dasara booklet. Assistant Director of Kannada and Culture Department Dr. M.D. Sudarshan clarified that there has been an error in printing the names.

Notably, when Star of Mysore spoke to Nirmala Matapathi, Deputy Director, Kannada and Culture Department, who is also the Working President, Dasara Cultural Programmes Sub-Committee, she too mentioned that Pandit Dr. S. Ballesh Bhajantri will indeed be performing.

However, the embarrassing goof-ups and lack of forethought and knowledge were quickly forgotten with the splendid shehnai music performance by Dr. Krishna Ballesh Bhajantri.

The icing on the cake was the peaceful atmosphere at the Mysore Palace where the artiste could perform to his optimum level. Accompanied by other musicians, he entertained the audience for over one hour. He also sang Hindustani classical songs, mesmerising the audience.