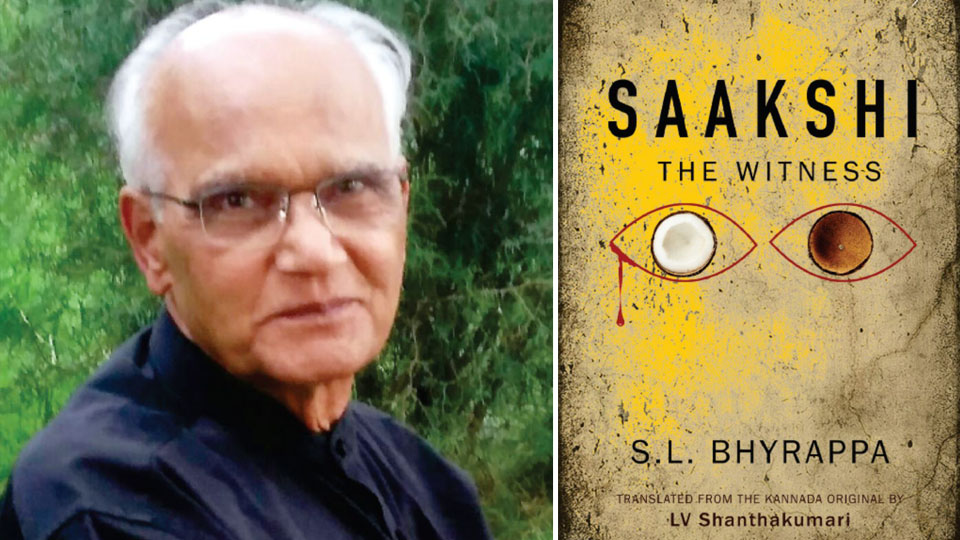 Dr. S. L. Bhyrappa’s gift to his readers on his 86th birthday

Santeshivara Lingannaiah Bhyrappa has birthday today,” Facebook alerted me in the morning of Sunday (August 20, 2017). He turned 86.  I was happy that at this age he is quite tech-savvy. He is on FB, uses laptop for browsing and for e-mail activities. His ‘official’ date of birth is August 20,1931.

I went to his home in the evening to pay my respects and wish him ‘happy birthday.’ Typical of him, he brushed aside my wishes. He took out a book that he had received from the publisher just a couple of days ago and said “this is what gives me immense satisfaction.” He gave me that copy to glance. Indeed, it was his classic novel Saakshi that has been translated from the Kannada original to English, titled ‘Saakshi, The Witness.’ Though written and published in 1986, the original Saakshi has seen 10 reprints till date.  It was indeed a great birthday gift to Dr. S.L. Bhyrappa, the celebrated Kannada novelist who has been regarded as one of India’s foremost writers.  L. V. Shanthakumari, a well-known writer, has translated Saakshi to English. Niyogi Books of New Delhi has published it.

Those who have read Saakshi can recall that it probes the roots of human values and its stark realities. It explores the fundamental question whether truth is the basis of morality or vice-versa. Saakshi uses the Puranas and Vedanta as well as Gandhian concepts to discuss the meaning of truth and its distortions through greed, sexuality and desire. The focus is on what it means to be a witness — in a courtroom, before the God, to the lives of others or finally to one’s self.

READ ALSO  Dr. S.L. Bhyrappa: A legend in his own lifetime among novelists —2

When I called Shanthakumari to understand her effort of translation, she referred to her note in the translated book. When Parva was published in 1979, critics hailed his treatment of Mahabharata for demystification of the epic. Similarly, they were baffled by Bhyrappa’s introduction of myths like Yamadharma and Yamaloka in Saakshi, a social novel. Known for his urge to explore different levels and dimensions of truth, Bhyrappa says “myths are only means to achieve this.”

Shanthakumari candidly admitted that translation of Saakshi was challenging since Bhyrappa devises a unique technique of presenting the incidents of this world in the frame of magic realism. Fusion of myths, philosophy and psychological insight into human passions gives an aura to the structure of the novel. The novel has spiritual undertones throughout. 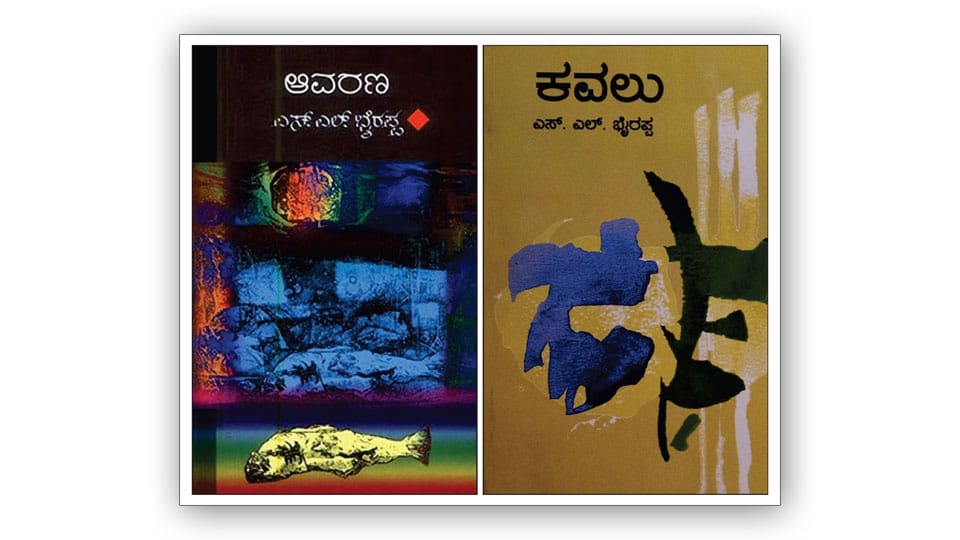 Further, Saakshi is a metaphysical novel dealing with the problem of truth and falsity. Without solving that, the problem of other values and disvalues of life cannot be analysed. It is a classic fiction the like of which has not appeared in any Indian language. Therefore, translation of Saakshi to English was not only challenging but also an arduous task, Shanthakumari said. Bhyrappa’s works are unique in terms of theme, structure and characterisation.

Bhyrappa has said on many occasions that intellectual freedom can be nurtured by the strong foundations laid in the teachings of rich Indian culture and values. This can be seen even in his recent novel Uttarakaanda, the writing of which he completed in just over sixty days in 2016. Then he was 85-year-old! Contrary to the belief that creativity dies down as one ages, Bhyrappa’s creativity and novelty is going up. This is proved beyond doubt in his recent ‘off-the-beat’ novels Kavalu and Yaana! 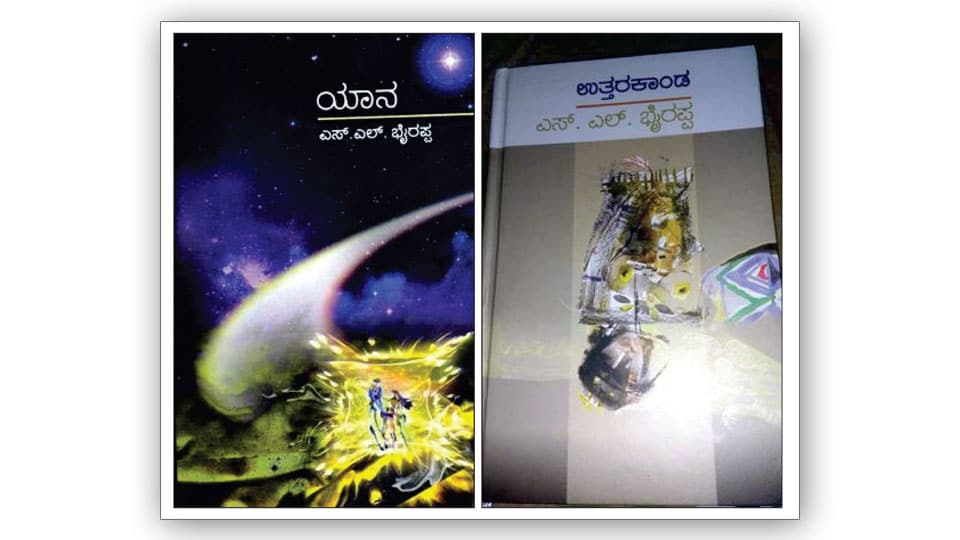 Another amazing fact is that his novels have not only seen many reprints but also have been translated into almost all Indian languages. Uttarakaanda that was released in January 2017 is into twelfth reprint. Among all his novels, Aavarana has made a record 46 reprints! Proud Kannadigas will be happy to know the details of reprints as given in the table alongside.

Many happy returns of the day Saraswati Samman,  Professor Santeshivara Lingannaiah Bhyrappa! Let God give you good health and make you gift a book to us on every birthday of yours!!