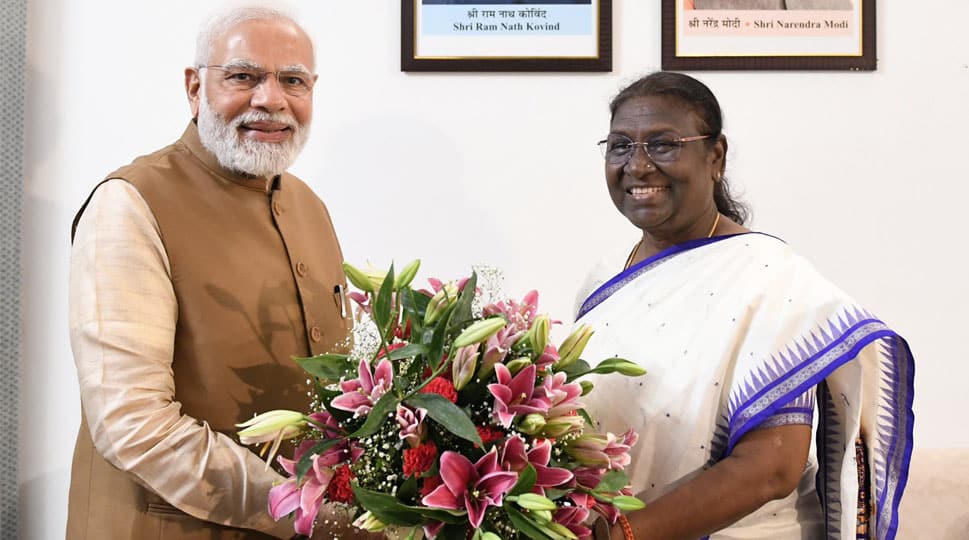 At 64, she is youngest and India’s first President to be born after Independence

Prime Minister Narendra Modi, along with senior members of his Cabinet visited Murmu to congratulate her. Celebrations broke out across the country, complete with sweets and colourful tribal dances. At 64, Murmu will be the youngest and India’s first President to be born after Independence.

Amid congratulatory messages pouring in for Murmu from all political parties, the BJP took a jibe at West Bengal Chief Minister Mamata Banerjee. BJP’s Amit Malviya said there was intimidation to West Bengal BJP legislators to cross vote but all BJP legislators from Bengal backed Murmu, while 2 TMC MPs and 1 MLA cross-voted. “Mamata Banerjee, the self-appointed fulcrum of opposition unity, failed to prevail over her own legislators,” Malviya said.

Odisha’s Rairangpur, the hometown of Murmu, broke out in celebrations as the trend became clear. NDA’s choice of Murmu — former Jharkhand Governor and a tribal woman from Odisha — drove a wedge through the Opposition and brought on board non-aligned parties such as Naveen Patnaik’s Biju Janata Dal and Jaganmohan Reddy’s YSR Congress.

The voting figures also indicate a considerable amount of cross-voting by opposition MPs and MLAs in Murmu’s favour. While parties have declared support for one candidate or the other, there is no penalty for cross-voting in Presidential Polls. While no concrete data is available yet on the volume of cross-voting, in several States, the BJP claimed that opposition MLAs broke rank with their parties. “Droupadi Murmu polled 104 votes compared to NDA’s original strength of 79 in the 126 member Assam Assembly. 2 absent,” tweeted Assam CM.