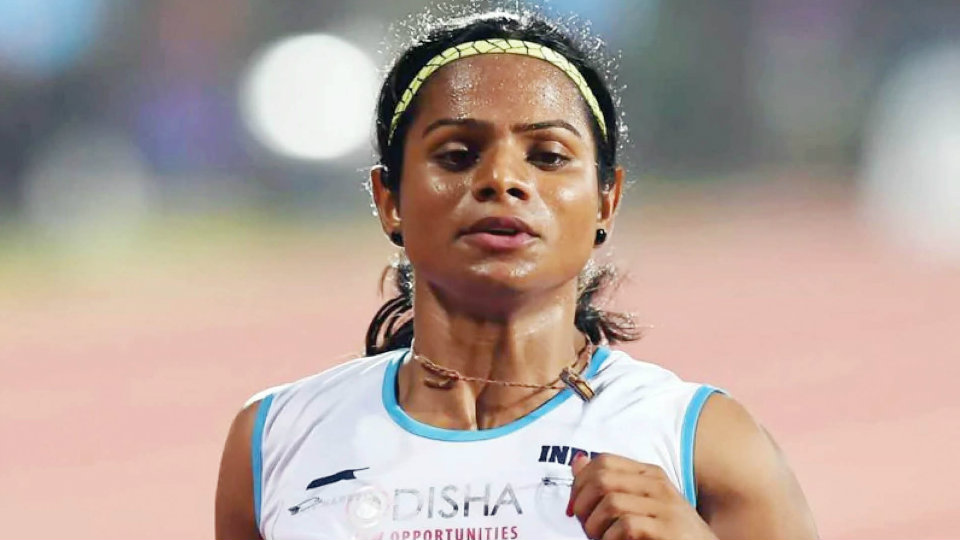 Ace Indian sprinter Dutee Chand has qualified for the upcoming Tokyo Olympics in both 100m and 200m races via the World Rankings quota on Wednesday.

Twenty-two spots were available in 100m and 15 spots in 200m via the World Rankings route. Chand’s overall position of World No. 44 in 100m and World No. 51 in 200m were well within the ranks to make her eligible to fly to Tokyo next month. Dutee Chand failed in her last race to secure a direct Olympic qualification spot after finishing a disappointing fourth in the women’s 100m final at the ongoing 60th National Inter-State Senior Athletics Championships.

Last week, Dutee scripted a new national record in the women’s 100m with a time of 11.17 seconds in the Indian Grand Prix (IGP) 4 in Patiala, she missed the Olympic qualification time by just 0.02 seconds.

Elsewhere, India’s Dhing Express, Hima Das failed to book her berth for Tokyo 2020 via the World Rankings quota. Last week she fell short of securing the direct qualification as her best timing of 22.88s came in the Indian Grand Prix 4. Hima missed the 200m qualifying mark by 00.08 seconds.