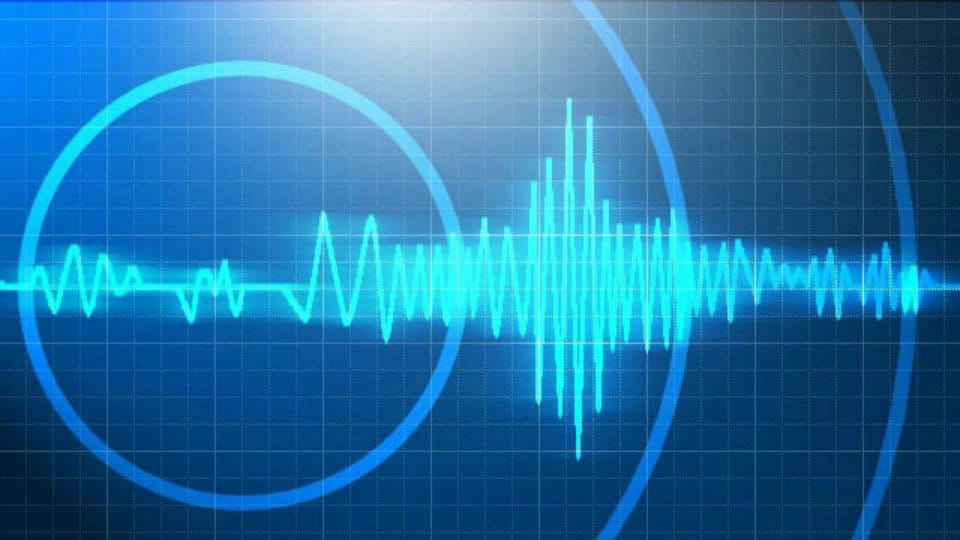 Tremors also felt in parts of Ko:dagu and Mandya

Madikeri: An earthquake measuring 3.4 on the Richter Scale (magnitude) hit Hassan district in the wee hours of today. Officials from the State Disaster Management Authority confirmed that the epicentre of the earthquake, which occurred at 4.37 am, was 0.8 km NNE of Maluganahalli village, in Nagaranahalli Gram Panchayat of Holenarasipur in Hassan district.

The quake in Hassan comes at a time when a powerful earthquake with a magnitude of 6.1 struck a rugged, mountainous region of eastern Afghanistan killing at least 1,000 people and injuring over 1,500 yesterday. The quake was Afghanistan’s deadliest in two decades and the toll could rise.

At the epicentre of Maluganahalli village and the other remote villages surrounding it, hundreds of people ran out of their houses as the earth shook, waking them up from sleep. Villagers reported that the tremors lasted five to 20 seconds.

The Karnataka State Natural Disaster Monitoring Centre (KSNDMC) authorities confirmed the incident. According to a press release issued by the Centre, an earthquake of magnitude 3.4 was recorded in Hassan.

No need to panic: KSNMDC

“As per the seismic intensity map of the said earthquake from the epicentre, the intensity observed is moderate and the tremor might be felt up to a maximum radial distance of 40-50km from the epicentre. This type of earthquake does not create any harm to the local community, although there might be slight shaking observed locally,” a KSNMDC press release said.

“As the epicentre falls in Seismic Zone II, the chances of occurrence of earthquakes is very less and the possibility of damage is low. As the region is void of any structural discontinuities as per the tectonic map, the community need not panic as the intensity observed is moderate and not destructive,” the release added.

READ ALSO  Army Recruitment Rally in Madikeri during May

Meanwhile, the Hassan District authorities and the Police rushed to the villages and counselled the residents. Tremors were also felt in parts of Kodagu, Mysuru and Mandya. Villagers of Devastur in Madikeri Taluk and villages that border Hassan District like K.R. Nagar and Saligrama in Mysuru District reported tremors and the rattling metal sound from the kitchens.