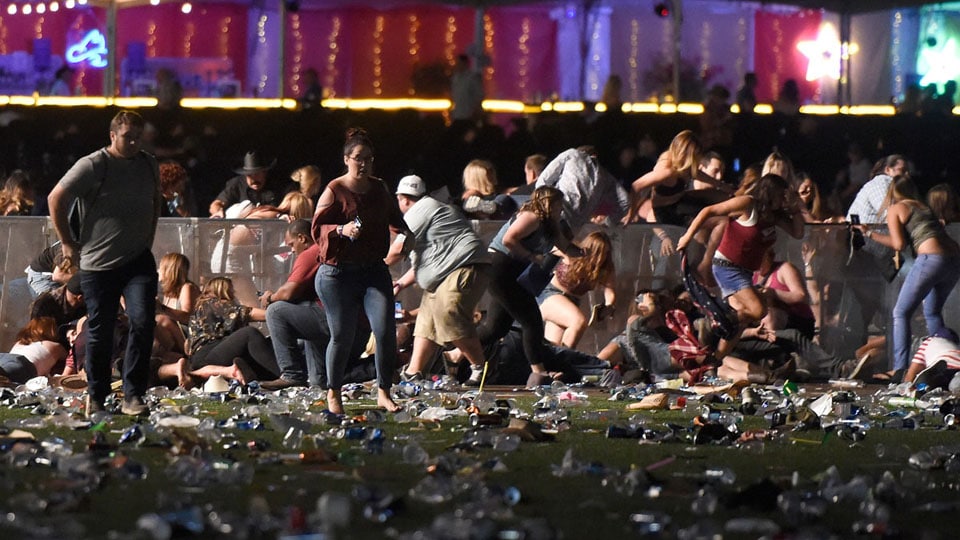 The mass murder of people at a music concert in Las Vegas last week and the racial savagery that rocked Charlottesville earlier must not be dismissed as far-away things that do not concern us. They are part of the ideological terrorism that has gripped large parts of the world, including India. The name of the game is hatred.

Multicultural nations are the principal theatres of this war because that is where one group wants other groups reduced to nothingness. In America and Europe, the war is ethnic. In India it is communal.

The Las Vegas killer was a well-to-do loner who had amassed a small mountain of firearms over an extended period — typical of those in affluent societies who, in their loneliness, start hating things around them. He must have felt tremendous power as he collected those weapons and when he killed some 60 country music listeners.

Group hatred is more sinister. The rioting in Charlottesville a few weeks earlier was a mob affair, hundreds of white people ideologically fired up to put down non-white races in a bid “to take our country back.” The names of the groups that unleashed the violence told their own tale: No to Marxism in America, Unite the Right, Patriot Prayer, Vanguard America. They all came together to hold a White Lives Matter rally in Charlottesville.

It was a throwback to the days of the American civil war, literally. That was a war about perpetuating slavery. Abraham Lincoln got elected in 1860 on a plank of stopping the expansion of slavery. Seeing that as an unacceptable agenda, seven slave-rich States in the South declared secession from the United States. Four more joined them later.

They formed a Confederate Government. The United States declared it illegal. The two waged a war that lasted four years. It ended when Confederate General Robert Lee surrendered to the US forces.

With that everything seemed settled. But the subsequent assassination of Lincoln showed that the seeds of white-black hatred were embedded in people’s minds. Southern States continued to make life hell for blacks. The civil rights movement gathered pace in the 20th century. Then Martin Luther King, its leading light, was also assassinated. But blacks won legal rights progressively across the United States.

Why has the Confederate Philosophy come alive again? Two years ago a white supremacist opened fire in a black church in South Carolina, killing nine people. He wore a flag of the old Confederate Army. Which in turn made liberal whites start a campaign against old Confederate symbols. A grand statue of Gen. Robert Lee stood in the centre of a park in Charlottesville. Moves to demolish it brought enraged white supremacists to the streets, battle-ready. The city exploded with violence.

It is important to note that early moves against Confederate memorials had passed off unnoticed. Only after Donald Trump’s rise as President did the supremacists take to the streets spitting venom. In his free-wheeling comments, Trump made one point that sounded historically sensible. He said that the idea of removing Confederate symbols was foolish.

He was right because the Confederate Army, the Civil War and slavery are all parts of the history of the United States. There is no use pretending that they did not happen. Trying to erase them is like saying that the Taj Mahal in Agra is not a tourist attraction because it is a Muslim mausoleum and does not reflect Indian culture.

However, Trump did not stop with decrying the symbol removers. He made various comments that backed the ultra-right white supremacists prominent among whom was the Grand Wizard of the old Ku Klux Klan, the organisation that made the lynching of Negroes a part of contemporary history in the US.

There is no doubt that dark forces have come out into the open because they see Donald Trump’s election to the Presidency as a sign of approval for their viewpoint. They see him as a supporter in the cause of turning America into an “all-white ethnostate.” Their programme includes what they call the “White Baby Challenge,” a movement to increase Caucasian fertility as an antidote to the “ghetto culture” of the blacks. Sounds familiar?

Stop for a moment before dismissing these as contemptible concepts of a contemptible racist civilisation in America.The sentiments behind their actions are alive in our country as well. And they have come to the fore in aggressive self-assertion in the wake of an extremist ideology scoring an election victory. The bell tolls not just for America.

ONE COMMENT ON THIS POST To “It’s easy to condemn racist supremacists in America; but remember communal supremacists are no different”