Home » Columns » Lynching and the ethos of Bharat 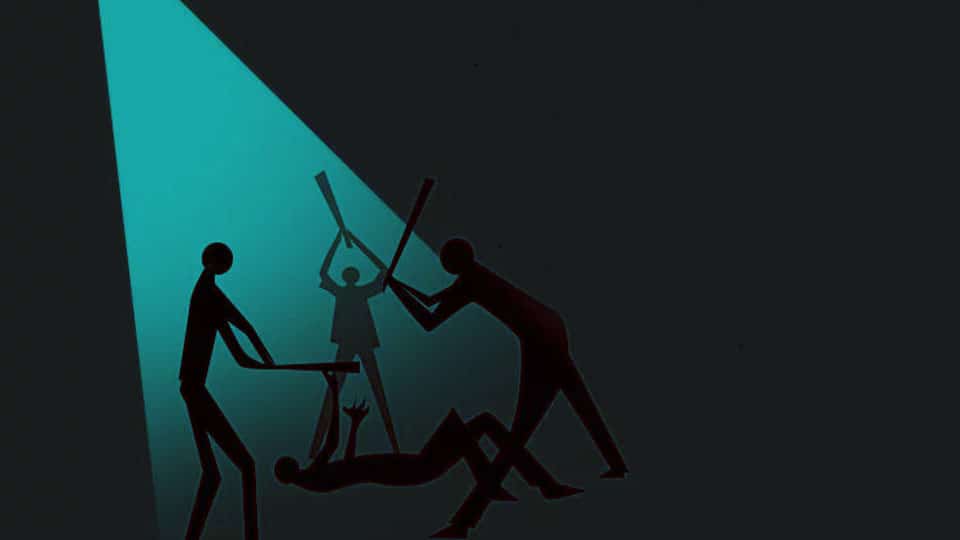 Lynching and the ethos of Bharat

Okay, so lynching is phoren. “It never happened in Bharat,” said Mohan Bhagwat, well informed on such matters. “It is not a word from Indian ethos.” He then moved on to a different kind of assertion. “It is a Western plot to defame India,” he said.

That’s where some difficulty arises. Why is the West out to defame India?  And, if they want to defame India, why seize something that is not from Indian ethos?  They could pick on Amit Shah’s Hindi pitch or Houston Indians’ howdi patriotism which brims with Indian ethos and which won’t defame anyone even remotely.  But such questions are out of place.  When Mohan Bhagwatji says it’s a Western plot, it’s a Western plot.

It could be indeed an American plot. Both Mr. Charles Lynch and Mr. William Lynch belonged to that part of the world. What became known as Lynch Law was passed to save Charles Lynch from punishment for using extrajudicial authority against people he disliked and therefore killed.  Thus lynching came to mean premeditated extrajudicial killing.

Americans took it to their bosom. Although there were lynchings against Italian and Chinese immigrants, the real business was confined to Whites killing Blacks at will.  They counted 4,400 lynchings between 1877 and 1950.  The philosophy was summed up by a Governor of South Carolina, a White supremacist, of course.  He said: “We of the South have never recognised the rights of the Negro to govern White men, and never will.”

There is a parallel here between America and India at least in a limited sense. (May be therein lies the Western defamation plot the astute Bhagwatji referred to.)  There are sections of people in our beloved Bharat who believe, and sometimes say, that they will never recognise the rights of the lower castes and other religionists to govern the chosen castes. Lynch gangs in America used to take photographs of their victims, turn them into postcards and sell them.  Now recall that some of the more notorious incidents in India were not only photographed but also televised.  The Ku Klux Klan was an organisation that participated openly in the lynchings.  There are organisations in India, too, openly involved in lynchings.  Bhagwatji did not deny the killings. He said those happenings were “isolated incidents of social violence.”

That means, ultimately it is a mater of perception. In India we don’t kill; we only put an end to life.  We don’t beat and kick people to death; we only beat and kick them until they are ready for cremation. We torture, beat with sticks and pulverise victims, but we don’t lynch them because that is against Bharat’s ethos.

Churchill said he never told a lie, he only indulged occasionally in terminological inexactitudes. Language is full of euphemisms that allow meanings to be camouflaged. But no one is ever deceived by such tricks. Lynching is lynching by whatever term it is whitewashed. No one can deny that a bit too many “isolated incidents of social violence” have been taking place for them to remain isolated or euphemistic.

Let’s also note that in Bhiwandi in 2006 two Policemen were killed by a Muslim lynch mob and in Dimapur in 2015 a mob broke into jail and lynched a rapist. Therefore, all lynchings were not cow-related.  But most were, and an impression was allowed to grow that those in power indirectly approved of them.  Although many arrests were made in lynching cases, almost no one was actually punished.  In fact in the 2015 Dadri lynching case, an FIR was filed against victim Akhlaq after he was beaten to death by a mob in which BJP members were identified. The excuse for the FIR was that meat was found in the refrigerator in his house and this was suspected to be beef. Two laboratory tests later showed that it was in fact mutton.

READ ALSO  Can we feel good in a hospital ?

Video teams were called to the scene when a wild mob in Jharkhand tied a Muslim man to a pole, thrashed him with sticks and forced him to chant Jai Shri Ram and Jai Hanuman. His pathetic pleadings made the videos go viral.  He died later.  Modern America is full of remorse over its lynching past.  It has set up a National Memorial to recall the horrible past and make people think afresh. Perhaps Mohan Bhagwatji will serve our country better if he organises a similar remorse programme and helps end a barbarism no civilised country allows today. Instead of having to say ‘it never happened in Bharat’ we should be able to say ‘it will never again happen in Bharat.’