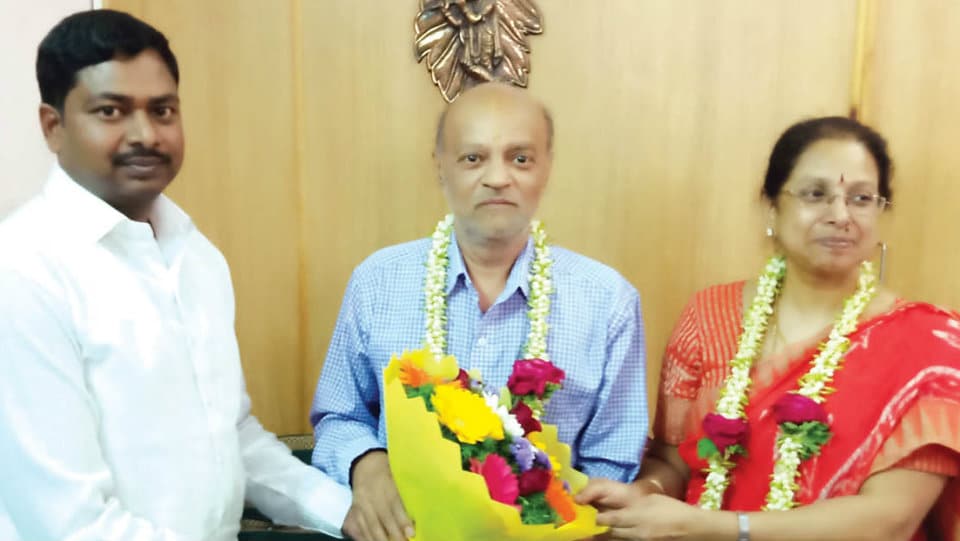 Sampath Kumar and Jayalakshmi are the editors and proprietors of India’s only Sanskrit daily ‘Sudharma,’ published from Mysuru.

Assistant Director of Information and Publicity, R. Raju, met and congratulated the couple yesterday. He also said that the Department is ready to help and provide all the necessary support for publication of this unique Sanskrit daily.

Sudharma is now celebrating 50 years of publication, which was started by Sampath Kumar’s father, Pandit Varadaraja Iyengar on July 15, 1970. After the death of his father in 1990, his son Sampath Kumar, along with his wife, Jayalakshmi have continued to publish the Sanskrit daily against all odds including financial issues and  general notion among the people that Sanskrit is ‘dead’ and ‘only for vidwans.’

“All the credit goes to our readers and press persons from Mysuru who have endorsed our work and supported us from the last 50 years. I would like to dedicate this award to    my late father, who started this venture,” said Sampath Kumar.

The golden jubilee celebrations of Sudharma will be held in city in March, he added.