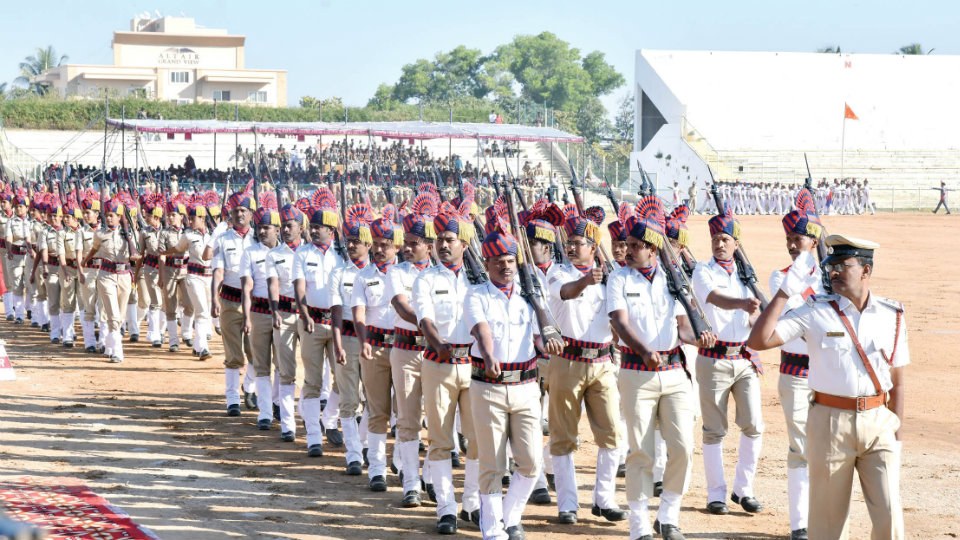 Mysore/Mysuru: Several events marked the Republic Day which was celebrated with much fervour in city yesterday. However, the most attractive part was the celebration organised by the District Administration at the Torchlight Parade Grounds in Bannimantap, where District Minister V. Somanna hoisted the Tricolour and received the Guard of Honour from several contingents that marched as part of the parade.

March-past by school  and college students was one of the biggest attractions of the event. The march-past was followed by an exciting show of skills by Police Dog Squad. The Dog Squad’s ring jump, tracing of miscreants and bomb detection demo mesmerised the audience.

Prize winners: Following teams won prizes for an impressive show among the Police and other participants at the R-Day parade at Torchlight Parade Grounds: