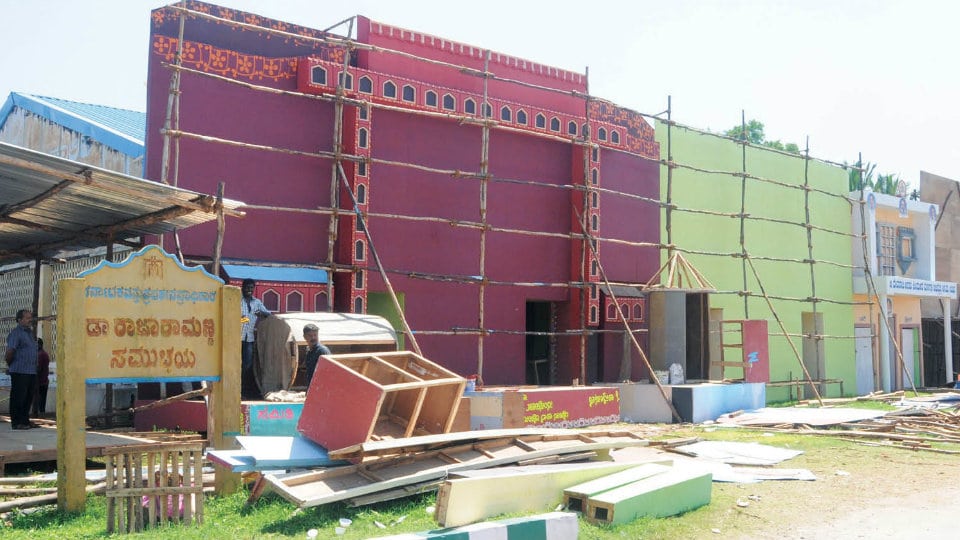 Eight Government Departments yet to open their stalls at Dasara Exhibition

Mysuru: On Oct.16, the Chief Executive Officer (CEO) of Karnataka Exhibition Authority (KEA), Shashikumar wrote a letter to the Principal Secretary to the State Tourism Department, asking him to take serious action against the eight public institutions who had not  set up their stalls at Karnataka Exhibition Grounds despite receiving permission from the concerned authorities to do so.

Speaking to SOM, Shashikumar said that the Department had granted permission to the 47 applications it had received including 13 various Departments of the State Government, one Department of the Union Government, 26 Boards and Corporations and seven Zilla Panchayats (ZPs), to set up their stalls this year.

During Dasara, nine Departments of the State Government, one Department of the Union Government, nine Boards and Corporations and one ZP had set up their stalls for the festivities. Works of the stalls of 19 institutions are still under progress while the remaining eight Government Departments are yet to initiate works on the stalls.

A priceless collection of Mahatma Gandhi’s photographs were exhibited by the Department of Information and Public Relations and Postal Department on account of his 150th birth anniversary.