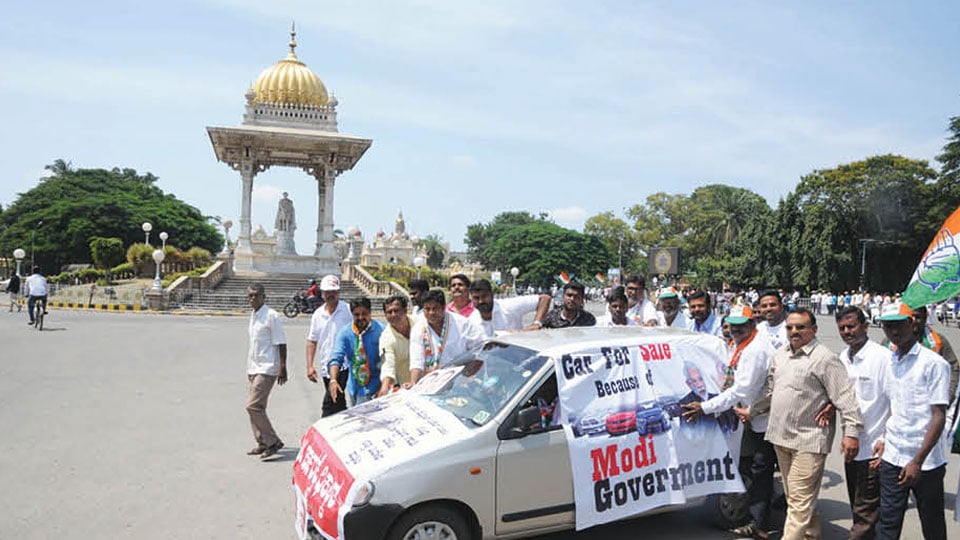 Mysuru:  To make the Bandh successful, the District Congress Committee had made elaborate preparations. The plan was to disrupt normal life and all the party leaders in Chamaraja, Narasimharaja and Krishnaraja Constituencies were entrusted specific responsibilities to ensure the success of the bandh.

A communication to the party leaders and workers from Mysuru District Congress Committee President R. Murthy stated that the MLAs and former MLAs would hold the responsibility of organising rallies, road blocks and protests.

Ward-level leaders were also instructed to make sure that shops and business establishments were closed, especially in the Central Business District. In all, 14 main teams with support teams were mobilised to ensure a successful shut down. 19 rallies were taken out across the city and maximum crowd was seen in areas including Highway Circle, Sayyaji Rao Road, RMC, Fountain Circle, KSRTC bus stands, Bannimantap, M.G. Road, Devaraja Market and surrounding areas.

Roads were blocked and tyres were burnt to signal protest. Even effigies were burnt in some localities. Party workers assembled at the Kote   Anjaneyaswamy Temple at 6 am as directed by the district unit and ventured out to other areas.

District Congress Committee
Move to improve quality of life around Railway Stations
It is a State-sponsored bandh: MP Pratap Simha