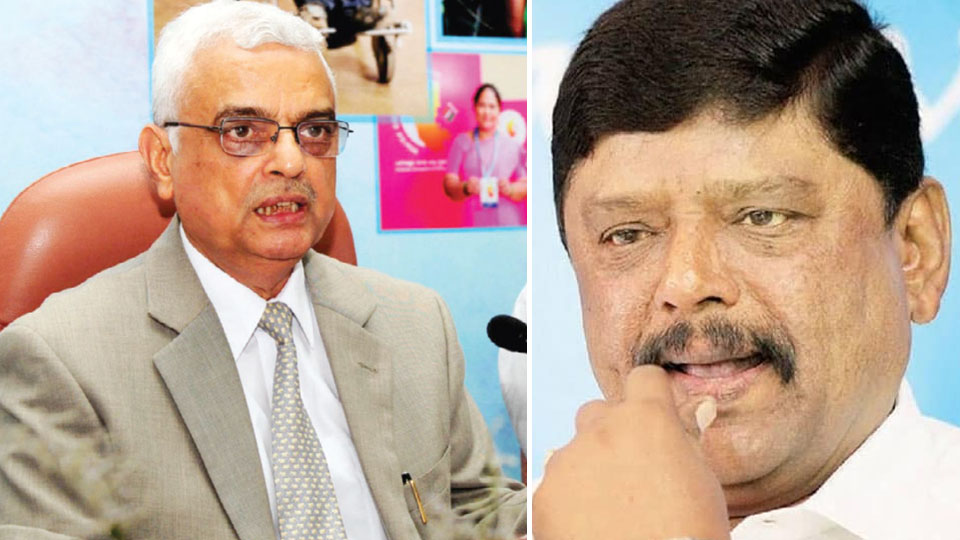 The Chief Election Officer of Karnataka Sanjeev Kumar wrote to the Election Commission of India stating that CM Siddharamaiah’s close associate and political advisor to the Home Minister,  Kempaiah, violated the Model Code of Conduct by continuing to perform his duties.

When Chief Election Commissioner (CEC) Om Prakash Rawat was on a visit to Bengaluru to review preparedness for the Assembly elections, former Prime Minister H.D. Deve Gowda had complained to CEC accusing Kempaiah of misusing government machinery in the elections.

Also, incumbent MLA of Chamundeshwari constituency and JD(S) leader G.T. Devegowda had written to the Election Commission, asking him to remove Kempaiah, as he was a “hindrance to holding free and fair Assembly polls”. He had also alleged that CM Siddharamaiah and Kempaiah were using the Police to threaten JD(S) workers.

“The Commission is seized of the matter. We are collecting facts and inquiring into it. “We have also directed the State government to look into the matter,” he said. He also warned that all those extra-constitutional authorities should keep away from election matters.

He said political party representatives, who met the Commission earlier, had also complained that Chairpersons, Presidents and Advisers appointed by the State government to various Boards, Corporations, Commissions, and Departments were still using public resources such as office premises, vehicles, and staff, which is against the model code of conduct and needs to be curbed.

He said, “Parties have demanded that the Commission’s transfer policy on election-related officials should be strictly implemented and action initiated against officials found working in a partisan manner.”