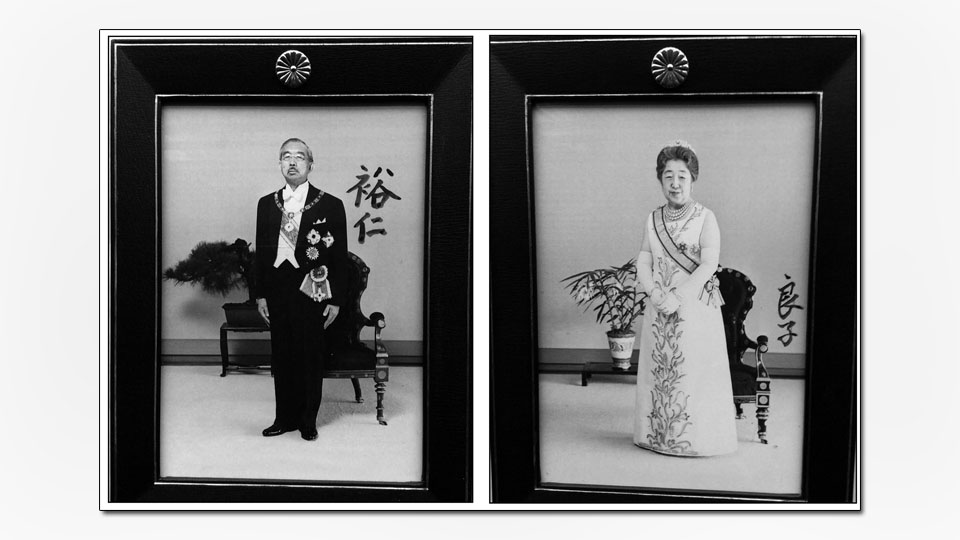 On June 9, 2017, the Japanese Diet enacted an Abdication Law, called a “Single Use Law,” to enable Emperor Akihito to abdicate for reasons of health and age. The “Chrysanthemum Throne” will then pass on to Crown Prince Naruhito.

The dynasty goes back to 1300 years. Legend claims that the rulers are the descendants of Sun Goddess, Omikami Amaterasu and were considered divine. After 1945, Japan became a democracy with a Constitutional monarchy.

My husband was posted as Indian Ambassador to Tokyo from 1985 to 1988. This was during the reign of Emperor Hirohito, called the “Showa” period (1926-1989). Hirohito, the 124th emperor, led Japan from peaceful progress to defeat in the Second World War after the atomic bombs on Hiroshima and Nagasaki. Yet Hirohito was venerated by his people. Emperor Akihito, his son, and Empress Michiko are popular for their interaction with the people and meeting survivors of disasters like Tsunami.

We had a formal audience with Emperor Hirohito. We went early to be briefed on etiquette by Palace Officials, who wore, not kimonos, but classic English Tails and striped trousers. We entered the room where the Emperor sat, advanced three steps, bowed and we took our places on gilded chairs. A  soft-spoken man, he asked questions of general interest, initiating the conversation. Then, on a cue from the courtiers, we got up, took three steps backwards, which made me nervous about tripping over my sari, turned and left. 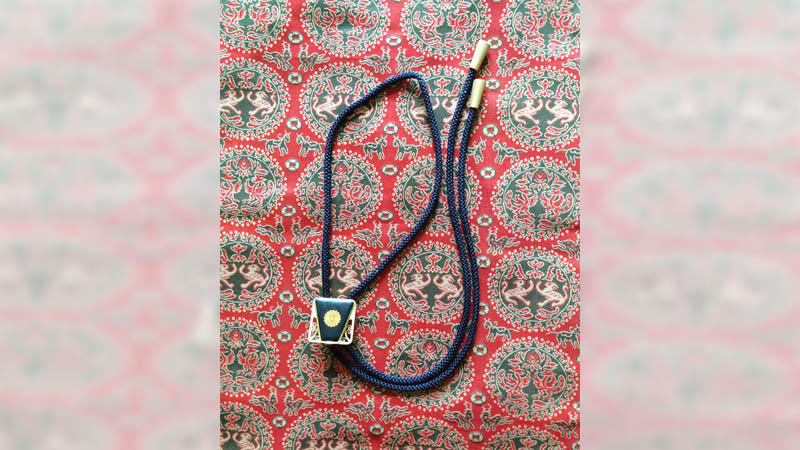 Cravat ornament given by the Japanese Imperial Palace.

We were also invited to luncheons at the Palace with other selected diplomats. The highlight was that the Sake glasses, emblazoned with the ten-petalled chrysanthemum crest exclusive to Japan’s royalty, were boxed and given to us as souvenirs.

We met Crown Princess [now Empress], Michiko. She was not of a royal line.  She had been a tennis star before she married into the imperial family after a storybook romance. Adapting to the strict Palace etiquette and duties gave her a nervous breakdown. When we met her she had recovered to become a serene and gracious person. Speaking of literature, she recounted how she had read aloud the poetry of Rabindranath Tagore when she was expecting Crown Prince Naruhito, hoping to convey the beauty of the lyrics to him.

The other members of the Household were punctilious about social duties. Princess Hanako often attended the meetings of the Asian Ladies’ Friendship Society. She was elegant in Western haute-couture, set off by gleaming pearls, hat and gloves. Once I had to make Indian dishes for a lunch that she was attending. When it was time to take the food to the venue, I remember my panic when the old Embassy fridge containing the Raita, Gajar Halwa and Rasogollas for dessert got locked and took ten minutes to open.

A coveted invitation was to the Imperial Farm for “Duck Netting” and lunch. The guests were given long poles topped with a large net. We gathered on either side of a deep canal filled with ducks, nets held high. A game-keeper startled the ducks with a drum beat, so they flew upwards. The sport was to catch the ducks in the net, releasing them at once. I was unable to net a single duck until a Princess caught one in my net, so that I should not have a zero score. 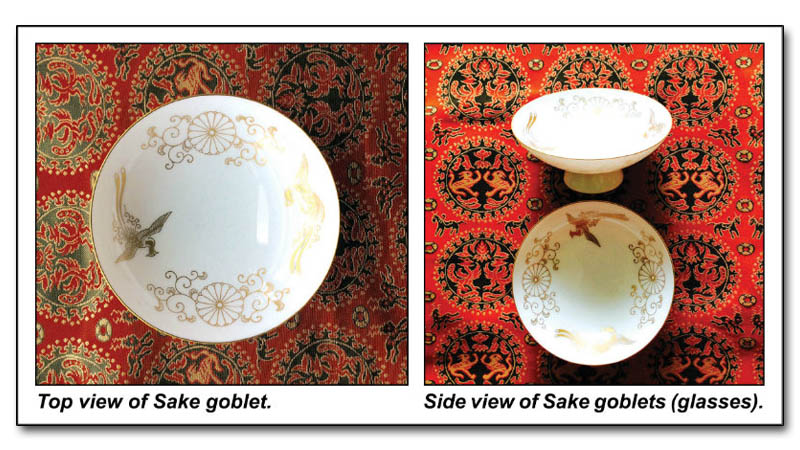 A Japanese diplomat, Hisachi Owada and his wife were our friends. We were posted together three times. Their eldest daughter, Masako-San, whom we had known as a teenager, became a Japanese diplomat. She later married Crown Prince Naruhito and will be the next Empress.

The imperial family is closely connected with the Shinto religion, their regalia being the Mirror, Jewel and Sword. In the Indian Embassy Residence in the Takadanobaba district, Tokyo, there was a small Shinto shrine in the garden under an evergreen tree. The gardener was not of the Shinto faith and kept his brooms and tools in it. Maha San, a young woman working for us, came to me troubled; as she ironed in an upstairs room, currents of air inexplicably eddied around her ankles. She felt it was because of disrespect to the shrine. So we cleaned the three tiers inside. On the top shelf we placed a mirror, water and O-Sake; on the next, some salt and sugar, flowers on the third. Then we clapped our hands and bowed three times to the refurbished shrine. Eddies of air no longer disturbed Maha San.

The discipline and politeness of the Japanese and their exquisite aesthetics are admirable. We learnt to respect and remember these virtues.