Home » Feature Articles » “Even a Pourakarmika woman is an inspiration” 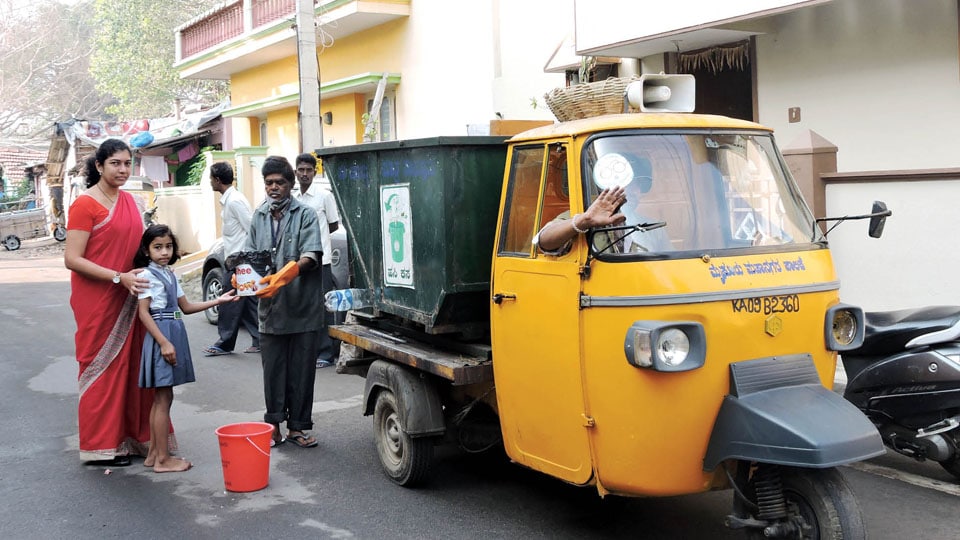 “Even a Pourakarmika woman is an inspiration”

The theme of International Women’s Day 2019 is Balance for Better. The future is exciting. Let’s build a gender-balanced world. Everyone has a part to play — all the time, everywhere. From grassroots activism to worldwide action, we are entering an  exciting period of history where the world expects balance. We notice its absence and celebrate its presence. Balance drives a better working world. Let’s all help create a Balance for Better.

This year, there are three focuses to the Women’s Day theme: ‘Think Equal, Build Smart, and Innovate for Change.’ There is also a campaign theme, which this year is ‘Believe for Better.’ A balanced world is a better world. How can you help forge a more gender-balanced world? Celebrate women’s achievement. Raise awareness against bias. Take action for equality.

On the occasion of International Women’s Day that was celebrated on Mar.8, here is a Women’s Star Supplement featuring some of the super-achieving women, who have emerged as role models in Mysuru.

Shilpa Nag was recently appointed as the Commissioner, Mysuru City Corporation (MCC). Born and brought up in Bengaluru, she has done her Post-Graduation after which she got into Indian Revenue Service (IRS) and then Indian Administrative Service (IAS). She worked at Customs and Central Excise earlier.

Star of Mysore: Mysuru was ranked as the cleanest city of India for two consecutive years but this time it has got third place. As MCC Commissioner, what do you have to say?

Shilpa Nag: Previous Commissioner, officers and Pourakarmikas have worked really hard to bring it from eighth to the third slot. Once you reach the top, sustaining that place and constantly maintaining that position will be a greater challenge. Now we all need to work extra hard regarding cleanliness and segregation and it is good to see that citizens are co-operating and segregation is happening even in the economically backward areas.

SOM:  Most of the Pourakarmikas are women and start work early in the morning. Has administration taken any measures for their welfare?

Shilpa Nag:  In our patriarchal society even though when both men and women work, it is the responsibility of the woman to cook, take care of the house and children. Since Pourakarmikas start work early we provide them with breakfast. We have about 2,200 women workforce and we organise health check-ups, provide minimum wages, health facilities and also give scholarships for their children. Now we are also trying to get everybody under insurance cover.

SOM: Has the MCC come up with any new measures to make the city women-friendly and safe?

Shilpa Nag: The Police Department directly takes care of safety and we at Corporation can ensure safety through proper street lighting and we make sure that no area is left behind when it comes to safety and sanitation. We ensure that women are comfortable to use a public toilet. Pink toilets, construction of sanitation complex in front of Sub-Urban Bus Stand which would include toilets for disabled, bath complexes for floating population and a nurse station are in the pipeline.

SOM: What measures have been taken to preserve Mysuru as a ‘Heritage City’?

Shilpa Nag: We have taken a conscious call not to allow hoardings, plastics and signboards because we do not want more generation of garbage and hoardings spoil the heritage charm. Heritage areas like D. Devaraja Urs Road and Sayyaji Rao Road are given special attention on cleanliness because that is where tourists get their first impression of Mysuru. There are dustbins every 250 to 300 metres and we have taken up Devaraja Urs Road improvisation at a cost of Rs. 2 crore to make it a world-class road.

SOM:  Being a woman, are you facing any tough challenges in a male-dominated society?

Shilpa Nag:  When it comes to population, 50 percent are women but their number is less in decision-making positions. In the civil services, 30 percent are women and sometimes we do feel that we are operating in male-dominated society. It’s about mind over matter and you can’t blame your circumstances. If you want to go ahead and achieve something, you should go ahead and do it.  I did not face any gender discrimination as long as I work well and know what I am doing. Times have changed;earlier men were hesitant to take orders from women but now they accept it with an open mind.

SOM:  How has the journey been, is it tough to balance work and family?

Shilpa Nag:  The journey has been okay so far just that as a mother I feel a bit guilty because I am unable to give adequate time to my child but we need to prioritise things. Whether I am with my child or at work, I ensure that I give 100% to both and balance it out.

Shilpa Nag:  I believe that every woman is a working woman. It’s just that some are salaried. It is nice to celebrate Women’s Day and recall all the achievements and exchange greetings. Every woman is an inspiration and a hero of her own life and deserves to be respected. A Pourakarmika woman, who starts work early, runs a large family all by herself even though she is not educated. She can be an inspiration to many.