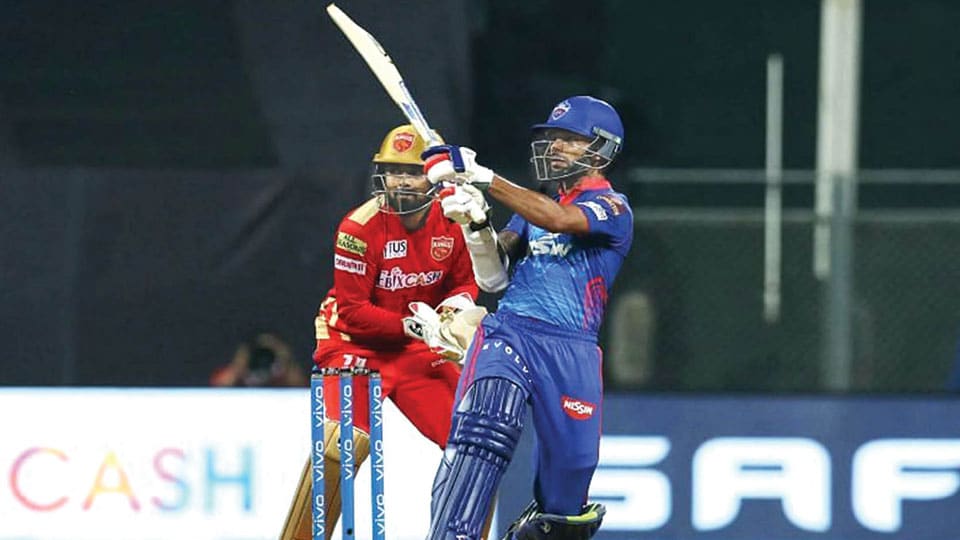 Delhi Capitals showcased their batting might on Sunday as they beat Punjab Kings in Match 11 of the Indian Premier League (IPL) 2021 in Mumbai.

Chasing 196 for victory, Delhi rode on a whirlwind 92 off 49 balls from Shikhar Dhawan to register the 2nd highest successful run chase in the IPL at Wankhede Stadium. Dhawan started attacking the Punjab bowlers from the word go in their pursuit of 196, hitting a four to get off the mark against Arshdeep Singh. He hit 13 fours and couple of towering sixes but missed out on his 3rd IPL hundred by just 8 runs.

Dhawan and Prithvi Shaw’s opening partnership laid the foundation for the chase as they added 59 for the first wicket in just 5.3 overs. Shaw fell for 32 off 17 balls but Dhawan carried on to anchor the chase but sadly, couldn’t stay till the end.

Delhi actually didn’t miss Dhawan in the end as Marcus Stoinis added the finishing touches with an unbeaten cameo of 27 off 13 balls with 3 fours and a six. He was well supported by Lalit Yadav at the other end, he remained not out on 12.

Dhawan now occupies the third spot on the list ahead of Warner (5347 runs) and Rohit (5324). Dhawan was also presented with the Orange Cap after the match as he went past Glenn Maxwell to grab the top spot on the list of batsmen with the most runs in IPL 2021.