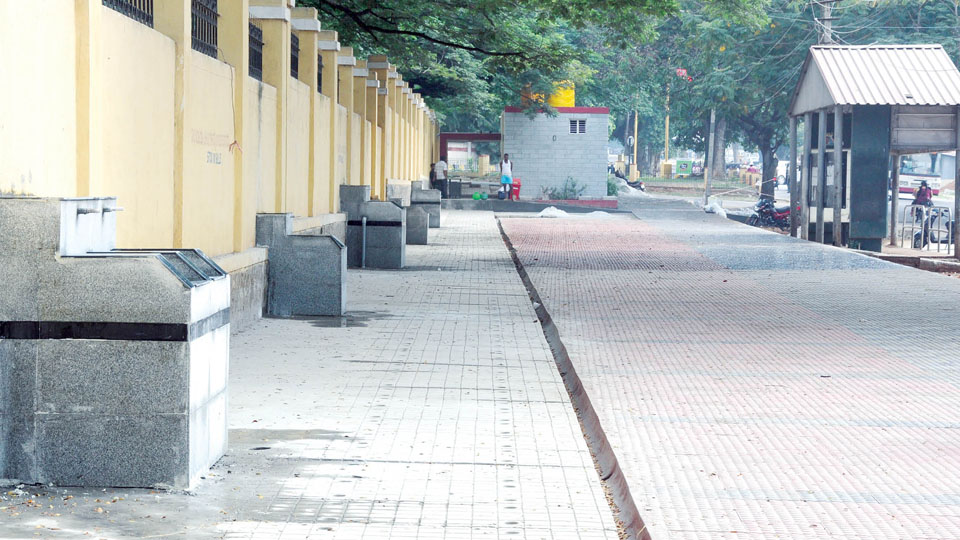 Mysore/Mysuru: “For the benefit of roadside vendors, exclusive hawker zones will be established at three places in city for which the Government has approved Rs. 2.97 crore out of which 50 percent of the grant has been released,” said Mysuru City Corporation (MCC) Commissioner G. Lakshmikantha Reddy.

He was speaking during the inauguration of the two-day capacity building training programme for roadside vendors held under Deendayal Antyodaya Yojana-National Urban Livelihoods Mission (DAY-NULM) at Vidyashankar Kalyana Mantap in city on Monday.

Inaugurating the programme, In-charge Mayor Sunanda Palanetra said, the training is being imparted for the benefit of roadside vendors and called upon them to follow the guidelines and rules of the MCC and co-operate with the civic body for their development.

Senior Civil Judge and District Legal Services Authority (DLSA) Member-Secretary Devaraj Bhoote, who was the chief guest, said that following Supreme Court directive, a law has been formulated for the livelihood of roadside vendors and added that the MCC has come forward for its effective implementation.

It may be recalled that the MCC had already built a Hawker Zone at Ashoka Circle, popular as Ballal Circle in November 2017 itself and the MCC had completed the construction of platforms with basic amenities for vendors (mostly food vendors) to set up stalls. This exclusive hawker zone has drinking water, parking and proper waste disposal facilities. Even a toilet complex has been constructed for the benefit of all. The plan to construct dedicated hawker zones was mooted in 2004 and a six-member Committee was constituted to identify the  spots after a survey.