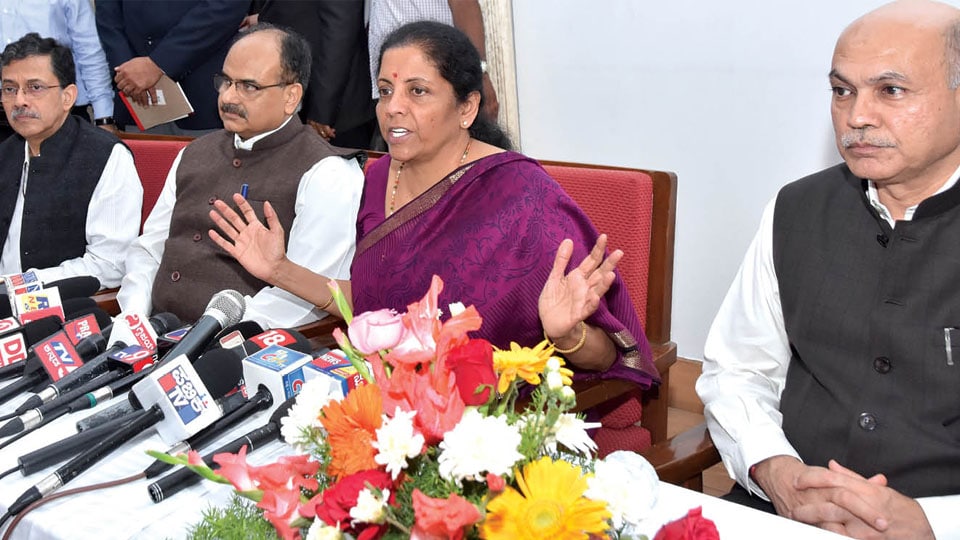 Speaking to reporters at Government Guest House after holding a detailed meeting with tax officials, she said the implementation of the “faceless assessment”, announced in the her maiden Union Budget presented earlier this year, will ensure that no tax official will need to have a “one-on-one” interaction with any tax assessee in any part of the country.

The returns will be taken up at random from the Centralised Processing Centre in Bengaluru and if there is a need for clarification from the assessee, the system will assign an official to collect it. “For instance, if there is an issue with a tax return in Mysuru, Sitharaman said the system could allot a tax official in Guwahati to sort it out without the two of them coming face to face”.

Only if the issue is not sorted out in the first level, she said the matter can be escalated for a face-to-face interaction, but not at the discretion of the assigned tax official, but through the system. “Largely, it will be randomised. Not everyone will be pursued”, she assured while claiming that the faceless assessment process will largely resolve the issue of “pressure or heat” felt by the assessee, she added.

Sitharaman clarified that there is no decline in country’s economy despite world economy is downwards. She said that price rise has been fully controlled. The Government has already taken measures to set right wherever the economy slowdown in various areas.

Slowdown is a global phenomenon and China, European and Latin American countries are facing it where purchases had come down in many parts of the world. She said her department held meetings with representatives from SMEs, automobile, financial, banking sectors and stock markets on the economic situation. After receiving the inputs, the officials were working to address their grievances.