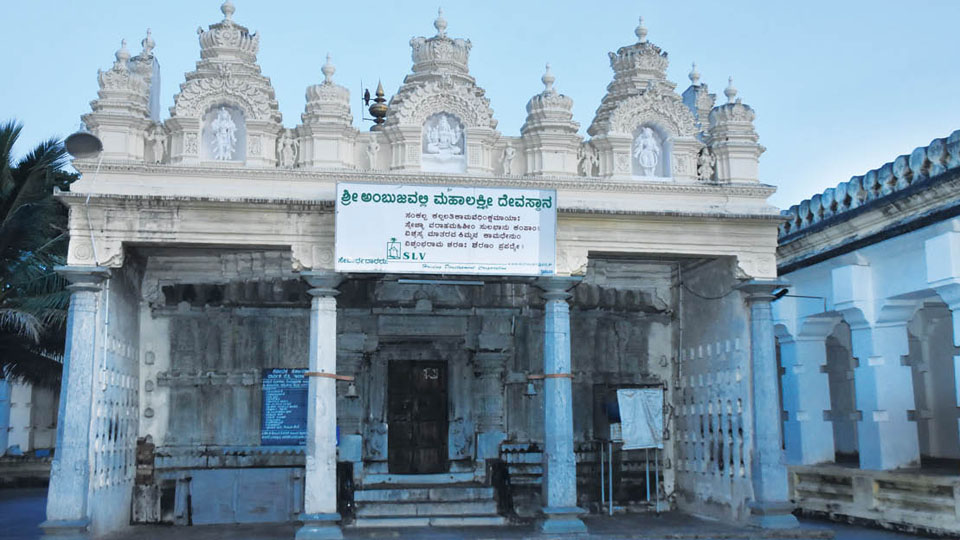 Mysore/Mysuru: Member of the erstwhile Mysore royal family Raja Chandra has stated that Sri Svetavarahaswamy and Sri Ambujavalli Mahalakshmi Temples inside the Mysore Palace were not built by Hoysalas as mentioned in the news report ‘Project to restore Palace temple paintings halted’ published in Star of Mysore dated Dec. 5.

While saying that the project to restore paintings and murals at the temples inside the Mysore Palace premises to increase their aesthetic value has come to a grinding halt, the  report had mentioned, “These temples were originally built by the Hoysalas in Srirangapatna and the original idols were brought and installed at the Palace temples in 1811 by Chikkadevaraja Wadiyar.”

In his letter, Raja Chandra has said, “For the record, Chikka Devaraja Wodeyar was the Ruler of Mysore from 1673-1704 and he ruled from Srirangapatna as the capital. This temple was built at Srirangapatna by him (I am using Wodeyar as there was no British influence at that time). Mummadi Krishna Raja Wadiyar was the Maharaja from 1799-1868 and capital of the Kingdom from then on. This Svetavarahaswamy complex was built by him.”

“Since Tipu controversy is again taking centre stage, I would like to reproduce the facts from Mysore Gazetteer: “Chikka-Dēva-Rāja-Wodeyar is said to have procured the stone image of Svēta-Varāhasvāmi from Srīmushnam (in the present South Arcot District) and set up the God in a newly built temple at Seringapatam, but as the temple was demolished by Tipu, the God was removed to Mysore and set up in this temple in 1809. It is stated that Dewan Pũrnaiya had this temple built with the materials of a Hoysala building in the Shimoga District.”

The Annals of the Mysore Royal Family; Vol-1 and Vol-2 mention the history and significance behind Sri Svetavarahaswamy and Sri Ambujavalli Mahalakshmi Temples, he said.