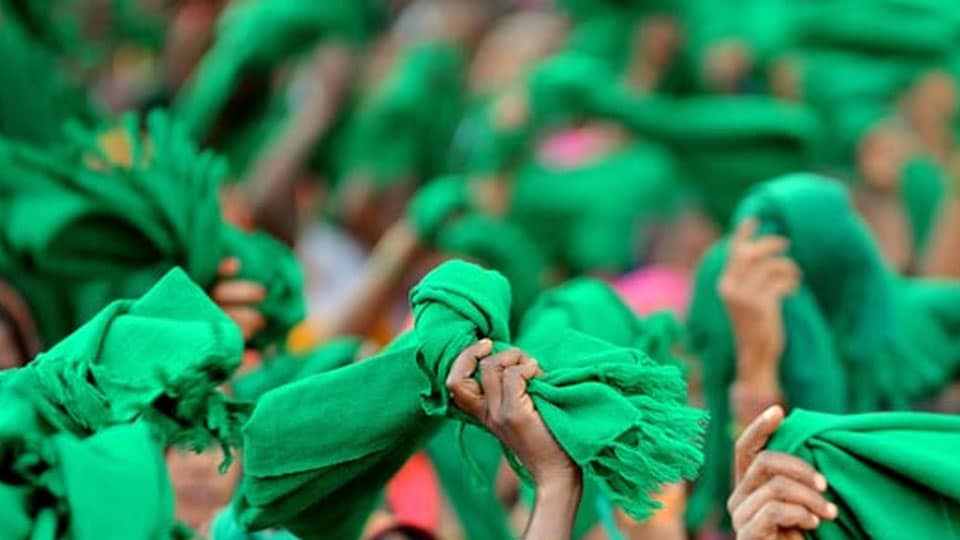 Ramanagaram: Traffic on the busy Mysuru-Bengaluru Highway was affected for a few minutes this morning at Ramanagaram as hundreds of farmers, braving the Police force, managed to jam the roads at the entrance to the silk town.

However, the farmers, who came in a bike rally, were prevented by the Police from moving beyond the town.

The Police, after taking the farmers into custody, later took them to APMC Yard in Ramanagaram town.

Even as the Police were pushing the farmers into vans, traffic on the busy Highway got jammed resulting in inconvenience to the motorists for sometime.

The Police had erected a number of barricades and temporary chowkis along the Highway from Chennapatna to Bengaluru, as a precautionary measure, which also hindered traffic movement. However, the traffic movement eased once the Police took the farmers into custody and dropped them at the APMC Yard.

The farmers were led by KRRS Ramanagaram district President Lakshmanaswamy and others.

Mysuru-Bengaluru
House burglaries: Cash, valuables looted from houses at Anandanagar, Srirampura
Next election will be held under my leadership: CM Siddharamaiah