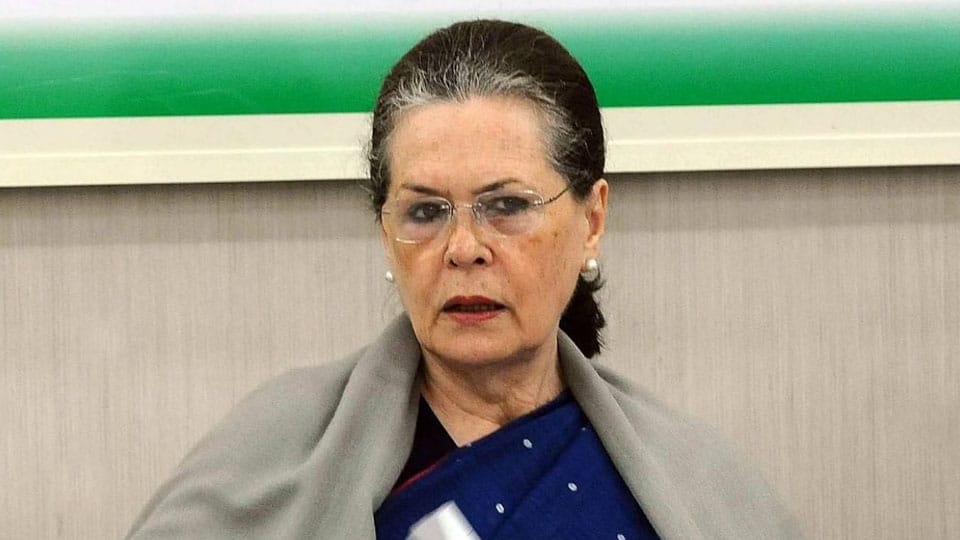 New Delhi: The Indian Newspaper Society (INS)on Wednesday urged Congress President Sonia Gandhi to withdraw her suggestion to the Government to impose a two-year ban on media advertisements by the Government and Public Sector Undertakings. “Such a proposal tantamounts to financial censorship,” the Society said in a statement on Thursday.

The Congress President had on Tuesday given Prime Minister Narendra Modi five suggestions to step up the battle against the Coronavirus. One of them was to stop advertising in print, electronic and radio. The Association of Radio Operators and the News Broadcasters’ Association have already issued statements criticising the suggestion. The INS also lent its support to this demand.

In the age of fake news and distortion, “Print is the best platform to get news and views directly across to the people in every nook and corner of the country, for both — the Government and for Opposition”, said Mary Paul, Secretary General, INS.

At a time like this when media personnel are risking their lives and bringing news on the pandemic situation, the suggestion of the Congress President is deeply disturbing and demotivating for the entire media industry, it said, asking the Congress Chief to withdraw the suggestion.