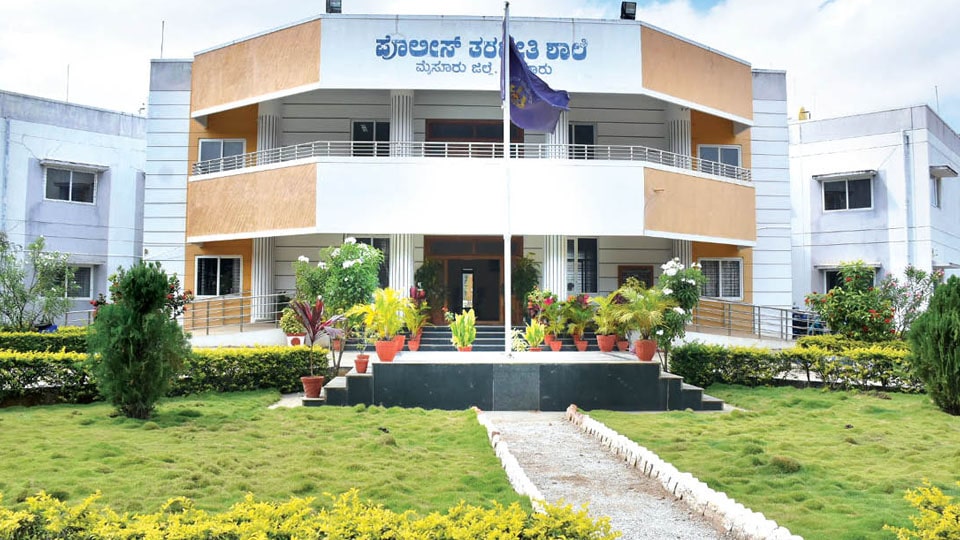 Mysore/Mysuru: The first phase construction of new building of Police Training School (PTS) in city is likely to be ready by April 2021.

This has been one of the Schools run by the State Government to impart basic training to the newly-recruited Police Constables. In 2017, the Government okayed a proposal submitted by the State Home Department for the total renovation of PTS building at a cost of Rs.16 crore to be released in three instalments — Rs.2.5 crore in first instalment, Rs. 7.05 crore in second and Rs. 6.37 crore in final instalment. Already, Rs.9.55 crore had been released out of which around 10 percent to 15 percent works had been completed.

PTS Principal Dr. Dharanidevi Malagatti told SOM that the new works included parking, laboratory, auditorium, meditation hall, eight classrooms and others. For want of space, ground plus four-storeyed building had been planned. The ground floor and two floors will be ready by April 2021 and other works in due course of time.

The training capacity of this School was earlier 250 but it would be doubled after the completion of civil works. Once all the facilities are ready, it would provide training to candidates under one roof. “Our endeavour is to impart training to 1,000 candidates but it is not possible now for want of space,” she added.

It may be mentioned here that projects pertaining to Police Department of Mysuru had a long pause. No major projects of Mysuru Police were sanctioned after renovation of all Police Stations by retaining the heritage look during the regime of IPS Officer Kempaiah. Now, lot of new works in city had been completed and inaugurated which included the imposing Office of Police Commissioner built on the lines of Lalitha Mahal Palace Hotel and 108 houses for the staff.