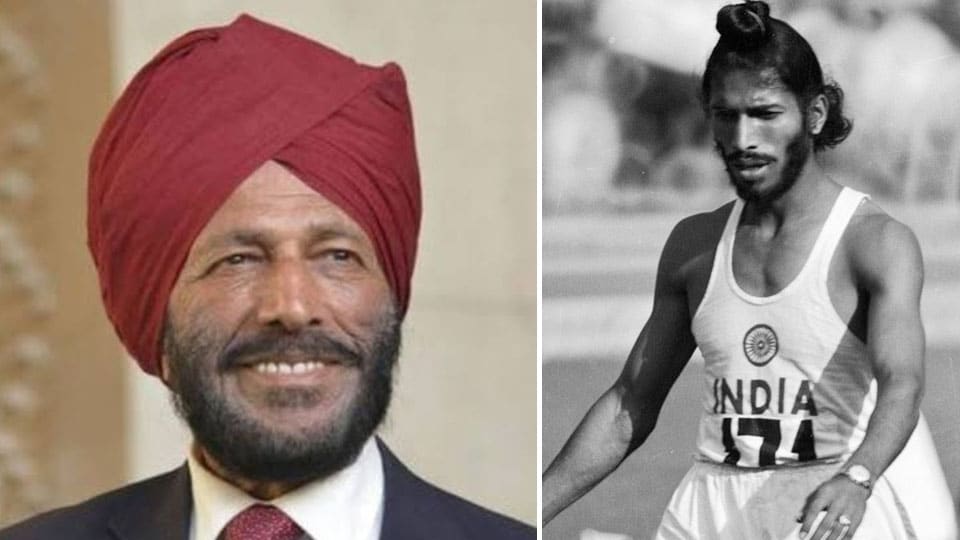 He is survived by three daughters — Dr. Mona Singh, Aleeza Grover, Sonia Sanwalka — and son Jeev Milkha, who is an ace golfer. A former Commonwealth Games gold medallist, Singh was admitted to the ICU at the Hospital of Post Graduate Institute of Medical Education and Research (PGIMER) in Chandigarh due to dipping oxygen levels on June 3, just 4 days after being discharged from a Mohali Hospital.

Popularly referred to as the ‘Flying Sikh’, Milkha Singh made his name in the track and field, winning four gold medals at the Asian Games. He also won a gold at the 1958 Commonwealth Games in Cardiff.

He narrowly missed out on an Olympic medal, finishing fourth at the 400m final of the 1960 Rome Games.

Milkha Singh finished the race in a time 45.73 seconds. It remained a national record for nearly 40 years before Paramjeet Singh surpassed it in 1998.

Milkha Singh had also taken part in the 1956 and 1964 Olympics. He was conferred the Padma Shri, India’s fourth-highest civilian honour, in 1959.

Punjab Chief Minister Captain Amarinder Singh has announced that Milkha Singh will be given State funeral by Punjab Government. Also, Punjab will observe one day of State mourning as a mark of respect.

Prime Minister Narendra Modi was among the first to pay tribute to the ‘Flying Sikh’. “In the passing away of Shri Milkha Singh Ji, we have lost a colossal sportsperson, who captured the nation’s imagination and had a special place in the hearts of countless Indians. His inspiring personality endeared himself to millions. Anguished by his passing away,” PM Modi tweeted.

A part of me is still refusing to accept that you are no more. Maybe it’s the stubborn side I inherited from you.. the side that when it sets it’s mind on something, just never gives up.

And the truth is that you will always be alive. Because you were more than a large hearted, loving, warm, down to earth man. You represented an idea. You represented a dream. You represented (to use your own words) how hard work, honesty and determination can lift a person off his knees and get him to touch the sky. You have touched all our lives. For those who knew you as a father and a friend, it was a blessing. For those who didn’t as a constant source of inspiration and a reminder of humility in success.

I love you with all my heart.”

Several other tributes also poured in for Milkha Singh from politicians, sportspersons, industrialists and others.