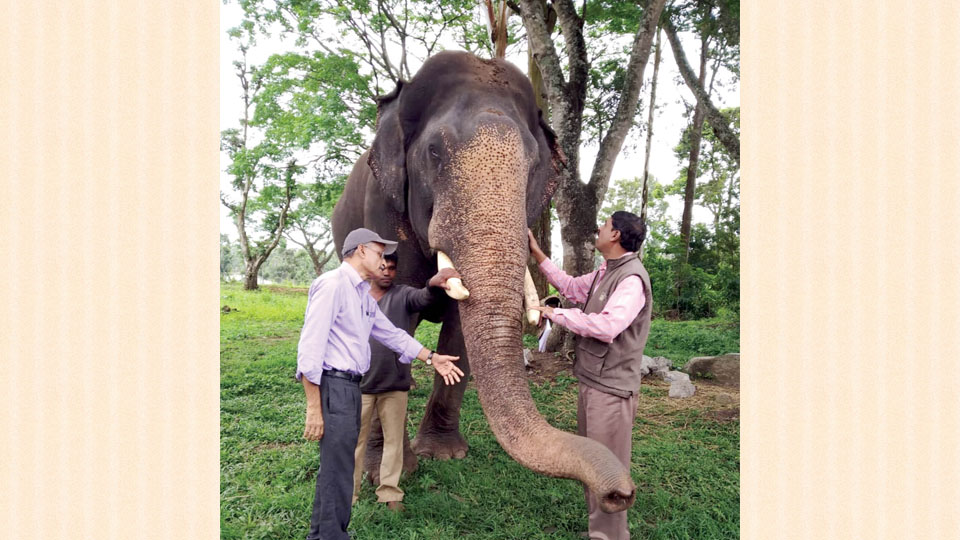 DCF Alexander and Dr. Nagaraj said that the team will visit Bandipur and K. Gudi Elephant Camps tomorrow (July 31) and will be conducting health check-up of the Dasara Elephants which are housed there.  The list will be finalised at the Dasara Selection Committee meeting. Once the list is finalised, it will be sent to the Principal Chief Conservator of Forests (PCCF) who will in turn forward it to the Dasara High-Powered Committee meeting that will be chaired by the Chief Minister.

The elephants will be taking part in the world famous Jumboo Savari, the grand finale of Dasara festivities on Oct.8.

These elephants (Gajapade) will be brought to Mysuru in two batches, two months prior to the commencement of Dasara on Sept.29 and their weights will be checked before they are put on special diet. The first batch of six elephants is likely to arrive in Mysuru after Aug.15.

The elephants, accompanied by their Mahouts and Kavadis, will undergo training in carrying weight, familiarisation of Jumbo Savari route and will be acclimatised with the sound of traffic and other sounds so that the elephants do not panic during the grand finale to be witnessed by lakhs of people from across the globe.