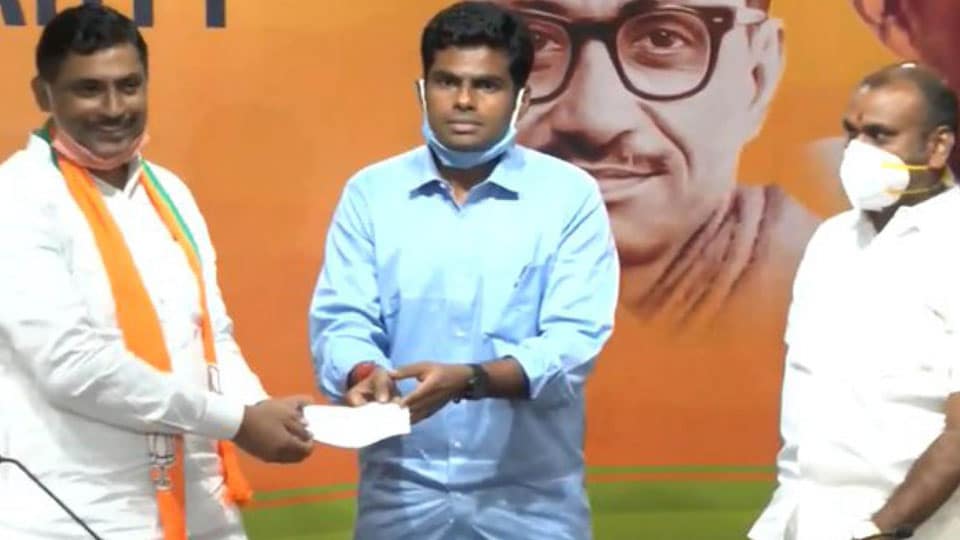 Popularly known as the ‘Singham’ of Karnataka, Annamalai, a native of Tamil Nadu, was known as an “upright”, “honest” and a “brave” Officer. In fact, people started protests after he was transferred as SP of Udupi and Chikkamagaluru. He  has been vocal with his nationalist sentiments and admiration for PM Modi. K. Muralidhar Rao, BJP National General Secretary and in-charge of Karnataka and Tamil Nadu, welcomed him by offering him the party flag.